The Department of Environment and Natural Resources (DENR) has commended the San Miguel Corporation (SMC) for surpassing its targets in cleaning and dredging the 36.4-kilometer Tullahan-Tinejeros River System, which is one of the 17 principal river systems draining into Manila Bay, the Philippines.

“Despite the setback brought about by the pandemic, SMC has proven its dedication in protecting and preserving our environment. We are very grateful for our partnership in securing healthier and cleaner waterways for a better future,” said DENR Acting Secretary Jim O. Sampulna.

As of March 10, SMC reported it has finished dredging the portion of the river at Niugan, Malabon City using backhoes and recovered 93,393 cubic meters of dredged materials.

Meanwhile, the company continued to conduct dredging operations in some portions of Catmon and Maysilo in Malabon City. Since starting the project on October 12, 2021, SMC has dredged 155,113 cubic meters in the area and targets to finish the activity by the end of March.

According to DENR, CMC has also extended and prioritized the dredging of Sectors 3 and 4 – from Lambingan Bridge to Tinajeros Bridge Catmon/Maysilo in Malabon and from Tinajeros Bridge to Tullahan Bridge Tinajeros, Potrero and Marulas, respectively – to address flooding in these areas during the rainy season. 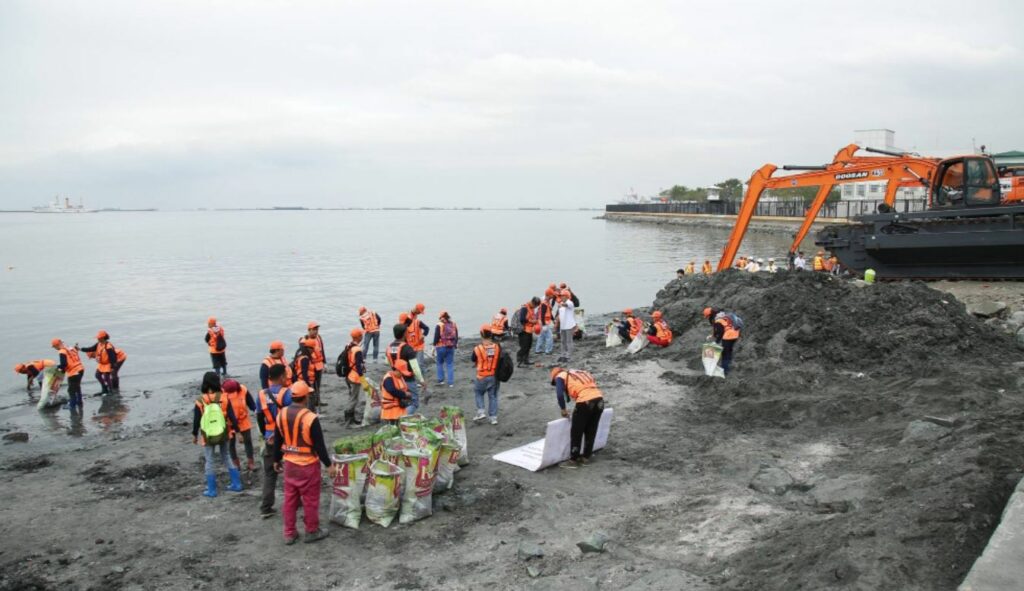