ML (UK) Dredging has once again returned to Portsmouth for the next annual dredging campaign of the Port Solent Marina.

According to Premier Marinas, dredging will first take place around the lock entrance to the Marina.

The contractor will once again complete the dredging works with the intention of removing approximately 8500 tonnes of silt and mud from the channel, ensuring smooth passage with a depth of 1.5m below chart datum.

“The planned dredging works will start within the lock entrance and work outwards to the approach channel. Berth holders are advised to take caution when exiting the lock as access may be restricted during this time,” said Premier Marinas.

On this project, the company is utilizing their backhoe dredger “WITTON II” and one of its self-propelled barges, the “SPLIT THREE”. As reported, spoil from the dredging vessels will be loaded into one of the barges for disposal to the NAB Spoil Ground.

The works, which have started in early March, will take approximately 3 weeks, weather dependent. 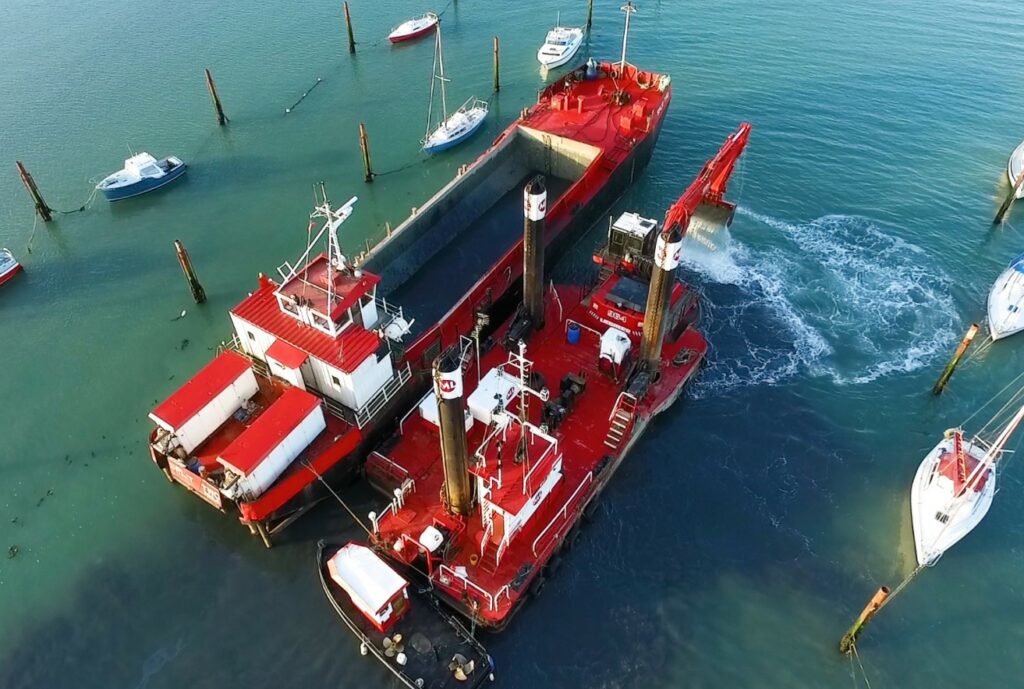