The U.S. Army Corps of Engineers, Los Angeles District together with the contractor – Manson Construction will begin “mobilizing” today, April 11, 2022, for the annual dredge of City of Oceanside Harbor inlet.

“Lot 12 will be fenced off, fire rings will be removed, portion of the river bed will be fenced and a marked pathway on Harbor Beach will be installed. The contractor will prepare the buried pipe under Harbor Beach for connection to the dredge pipe,” the City of Oceanside Harbor said in the update. “There will be significant heavy equipment moving on Harbor Beach. The H.R. Morris dredge vessel will arrive on Tuesday April 19th.”

According to the city, the entire dredge cycle is anticipated to last 6 to 8 weeks, with a completion date no later than Memorial Day weekend.

The average amount of sand dredged from the inlet and placed onto Oceanside beaches is between 200,000 and 250,000 cubic yards.

Throughout year, the harbor inlet accumulates sand during storms and south swells. The sand buildup creates a shallow depth in the inlet and breaking waves that can limit navigation.

Last year, Manson Construction removed over 300,000 cubic yards of sand from the inlet, dredging it to a depth of minus 30 feet. Most of the dredged sand was used to fill in deep erosion that was caused by the winter storms. 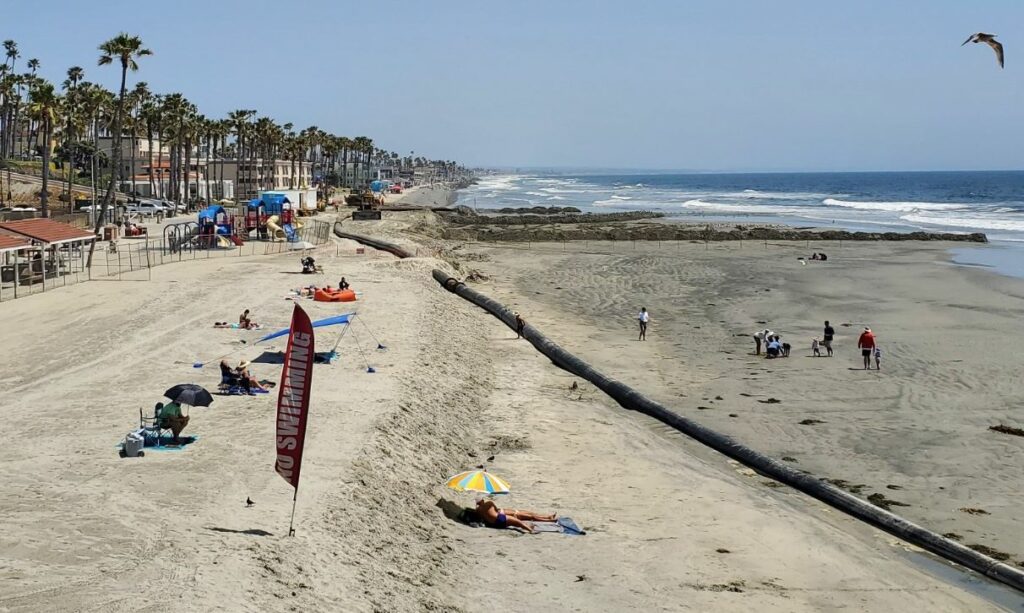