Siltation of lakes – Origins and solutions for healthy waters by BERKY

Many lakes developed an oxygen-free zone on the ground and are now threatened to silt up. What are the reasons for that? And more importantly, how can we prevent it? BERKY produces and sells a wide range of dredging boats made in Germany that offer tailormade solutions.

One of the main initiators causing siltation is called eutrophication. In ‚healthy‘ waters, the dead residues of plants and animals are sinking to the ground. By using oxygen, special bacteria are transforming the organic substances to inorganic compounds, which are returned to the nutrient cycle.

Due to the discharge of waste water and the usage of fertilizers for crop production, the nutrient input to the lake is much higher than under natural conditions. The production of plant biomass in the lake is accelerated. Meaning that plants and phytoplankton are now producing more organic material, which is being consumed by the bacteria resulting in a decrease of oxygen level in the lake. As a result, an oxygen-free sludge zone is forming on the ground of the lake which continues to grow.

Once the oxygen is depleted, anaerobic microorganisms take over and produce toxic methane gas and hydrogen sulfide. This process generates a deadly zone above the lake ground that soon spreads in the whole water body. The natural self-cleaning cycle of the water is disturbed, leading to a loss of aquatic biodiversity and populations.

The discharge of additional nutrients on shores is accelerating plant growth and consequently the process of silting up the lake.

How can we prevent it? In general it is important to minimize the input of nutrients to the water. Hence, the usage of fertilizers and the discharge of sewage water needs to be controlled and minimized. In addition, various methods have been proven effective to fight the development of a sludge zone on the lake ground.

The infusion of oxygen on the lake ground is one possibility as well as the mechanical removal of the mud, when the eutrophication process has already progressed. However, infusing oxygen is only a short-term solution.

More oxygen means more plant growth and more demanding aerobic microorganisms on the long term. The nutrient system stays in an imbalance. By dredging, you are able to remove the organic residue from the ground resulting in a decrease of bacteria activity and consequently a decrease of oxygen depletion.

The usage of BERKY dredging boats has proven very efficient and cost effective in that regard by making use of a simple mechanic similar to a vacuum cleaner. A pump is creating hypotension under water and conveying the mud to the shore of the lake.

The BERKY Dredge King for example is able to pump up to 770m3/h of muddy substance. Front stilts allow the machine to move on its own in the water and provide a high degree of stability while operating.

An additional benefit of the stilts is the machine‘s ability to enter and leave lakes autonomously, which makes unloading and loading very convenient. No additional crane or exceptional permissions for transport are needed.

In comparison to similar boats, the Dredge King uses two coiling free pivoting drive screws in anti-weed design to prevent plants from clogging the ship’s propeller. The dredging method should be used, when the eutrophication process is already in a very advanced state, because it can cause significant damage to the lakebed, which serves as an important habitat for aquatic organisms such as mussels, juvenile stages of different invertebrates and fish species.

If you require any further information regarding the BERKY Dredging boats or the siltation of your lake feel free to contact the company. BERKY mechanics as well as their biologist are happy to help. 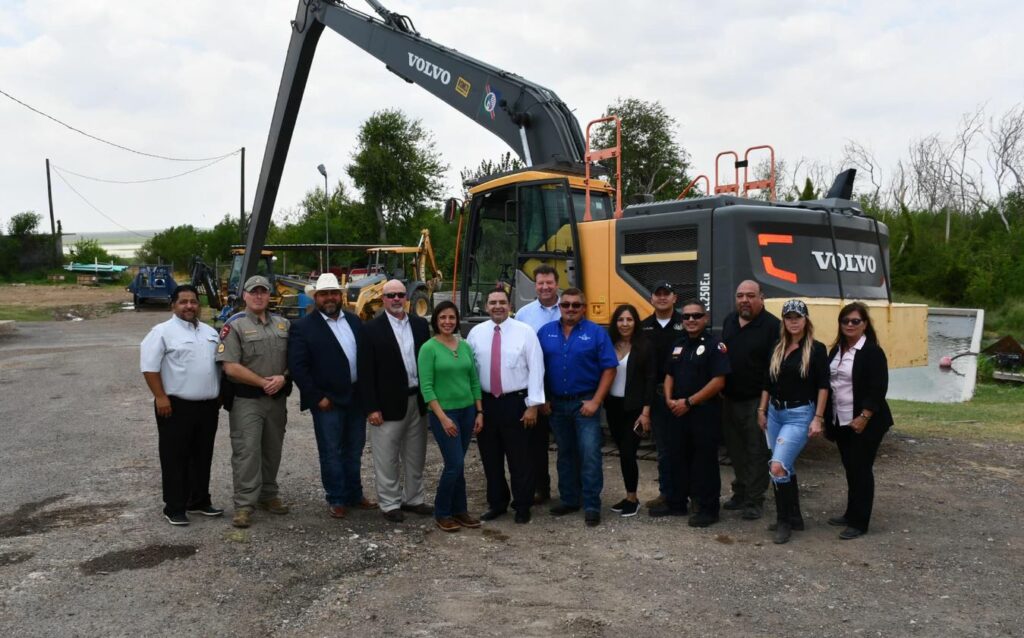