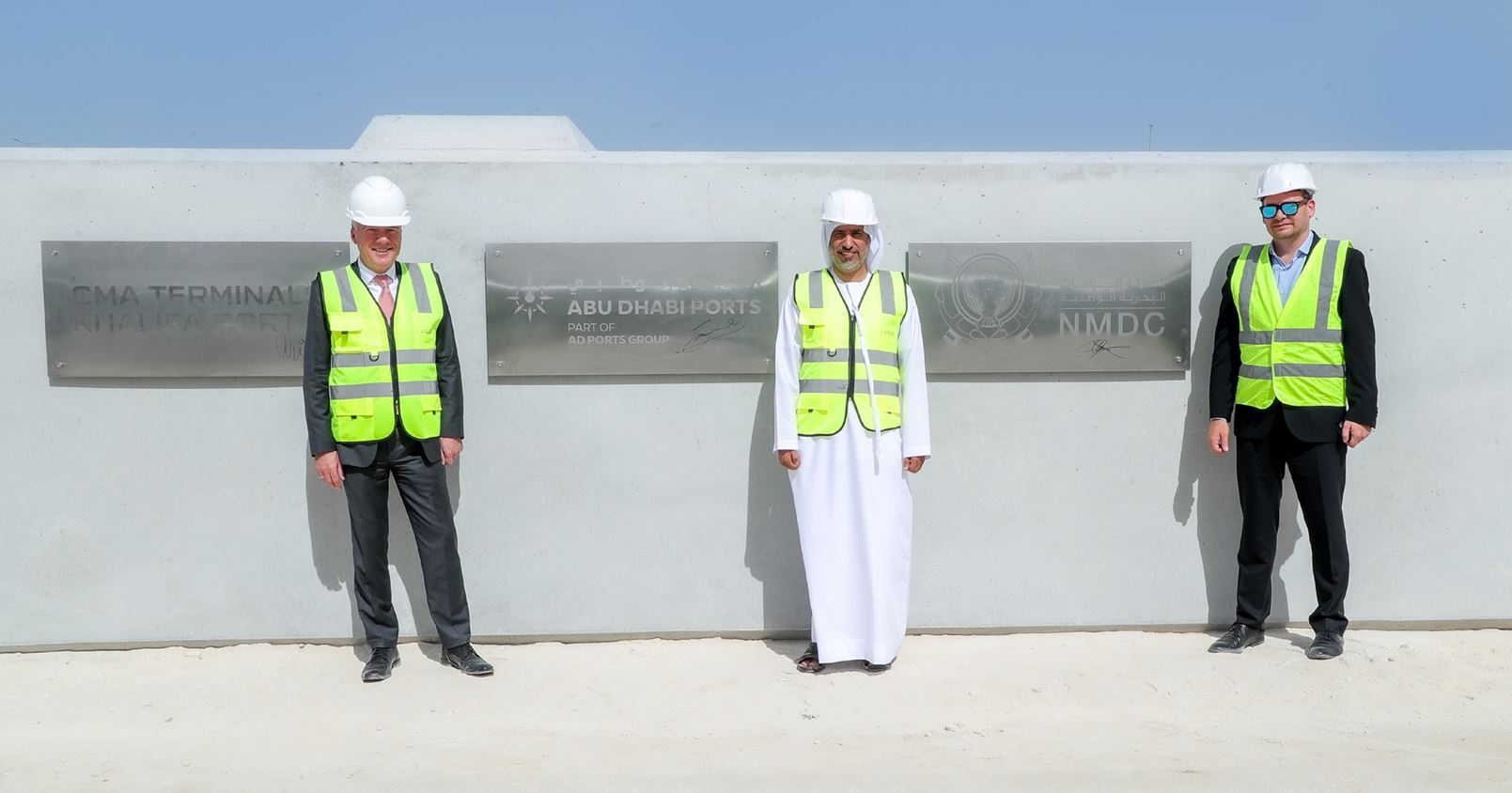 AD Ports Group has installed the first 90-tonne block for the quay wall of the new CMA Terminals Khalifa Port, marking the major development milestone with a special ceremony.

The development of the new terminal is on track with budgeted capital expenditure of AED 3.3 billion ($898 million).

The terminal is expected to be operational in H1 2025 and will be managed by a joint venture owned by CMA Terminals (70% ownership), a subsidiary of global shipping and logistics giant CMA CGM, and AD Ports Group (30% ownership).

AD Ports Group is developing a wide range of supporting marine infrastructure for the terminal, which will provide CMA CGM with a new regional hub.

Senior executives from AD Ports Group, CMA CGM, and marine contractor National Marine Dredging Company (NMDC) attended the ceremony, where they signed the block and watched as it was lowered into place via a sea crane.

When the quay wall is complete, the signed block will be one of more than 6,000 within the 19m deep berth pocket and will be able to accommodate the world’s largest container vessels.

Other facilities under development include a 3,500-metre offshore detached breakwater, a fully built-out rail platform, and 1,000,000 sqm of the terminal yard.

Once ready, the new terminal will have an initial capacity of 1.8 million TEUs, will be fully integrated with Etihad Rail and will significantly enhance Khalifa Port’s connectivity and position as a key gateway for the region. 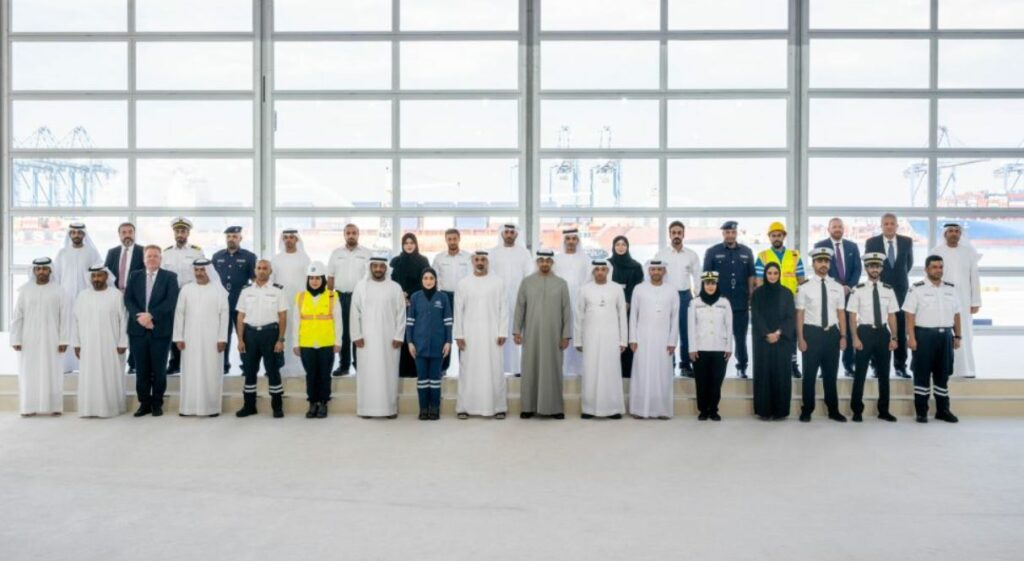