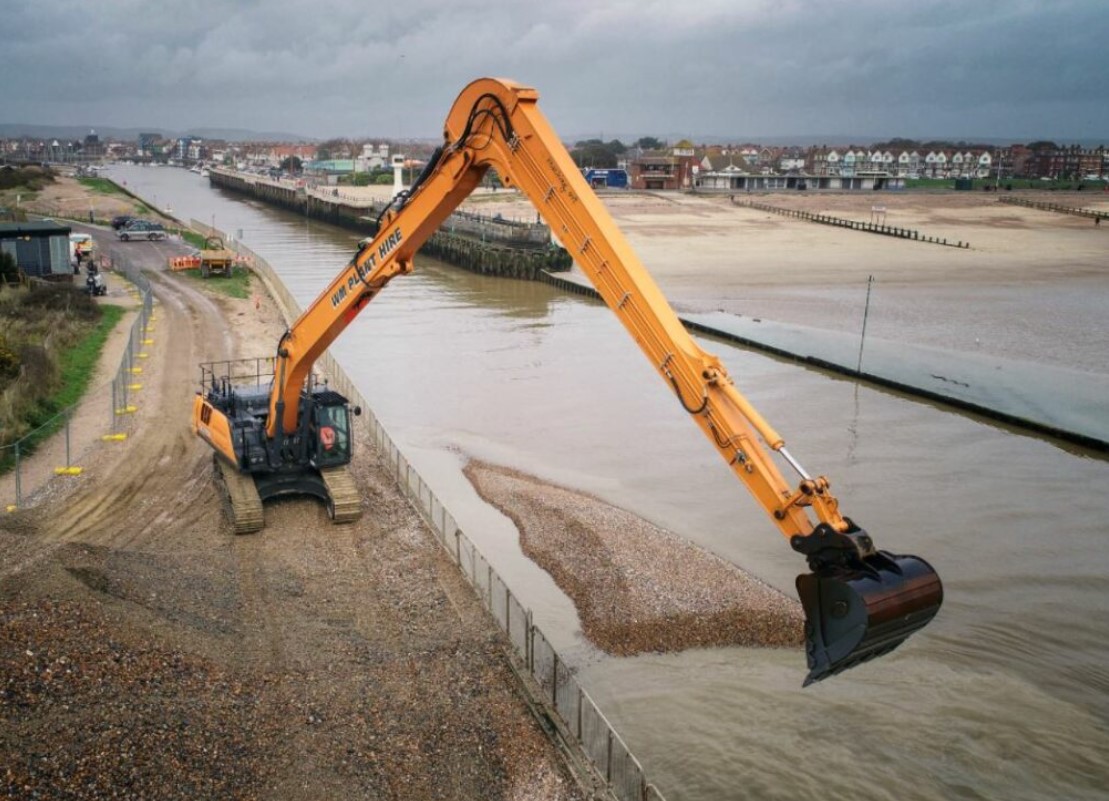 The seasonal build-up of shingle overtopping the western breakwater into the harbour entrance (known locally as the “Shoal Bank”) is once again due for dredging in order to maintain safe access to the harbour for larger vessels.

As reported by Littlehampton Harbour, on Monday 31st October, a 25-metre long reach excavator will commence dredging approximately 5,000 tonnes of shingle from the river and from the first bay of West Beach.

Part of this volume will be taken from the beach so as to reduce pressure (and mitigate risk of collapse) on the harbour’s ageing western wall which is due for replacement in the coming years.

Similar to the past biannual campaigns, the dredged shingle will be placed into a temporary stockpile at the top of West Beach. The shingle will from there be loaded into lorries by a second small excavator.

2,500 tonnes are set to go to East Beach Littlehampton to bolter coastal defences under Arun District Council’s management. The surplus (expected to be up to 2,500 tonnes) will go to the Angmering Park Estate Trust (the owner of the bed of the River Arun) and other local users.

Dredging from the river is expected to conclude within 1.5 weeks. Haulage away from the area will continue after dredging concludes. The intent is for the beach to be returned to its usual state no later than Friday 11th November. 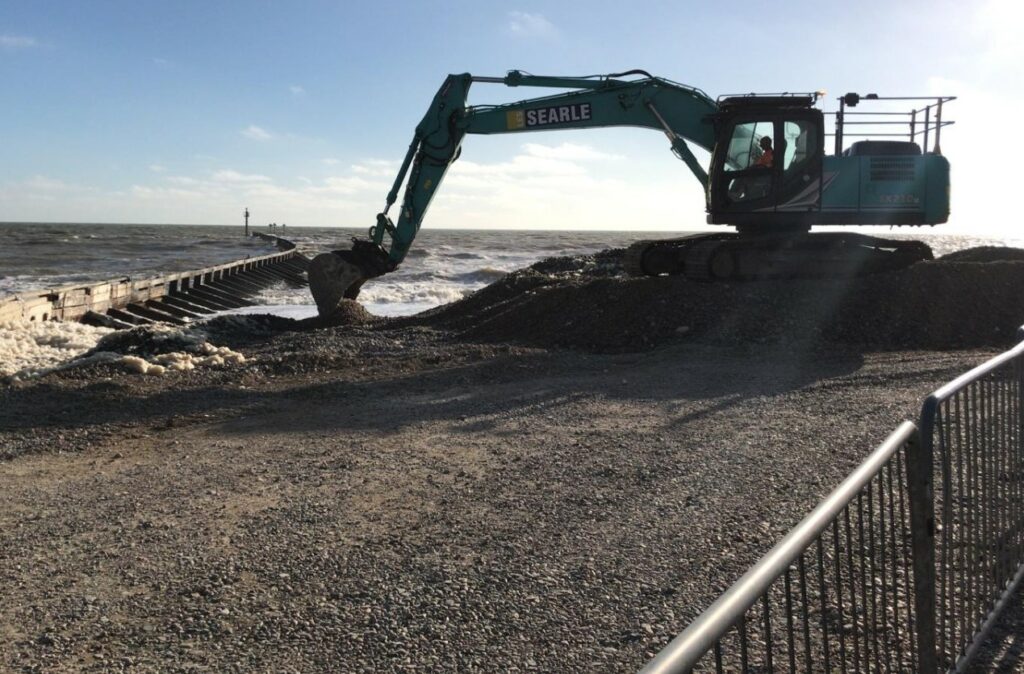