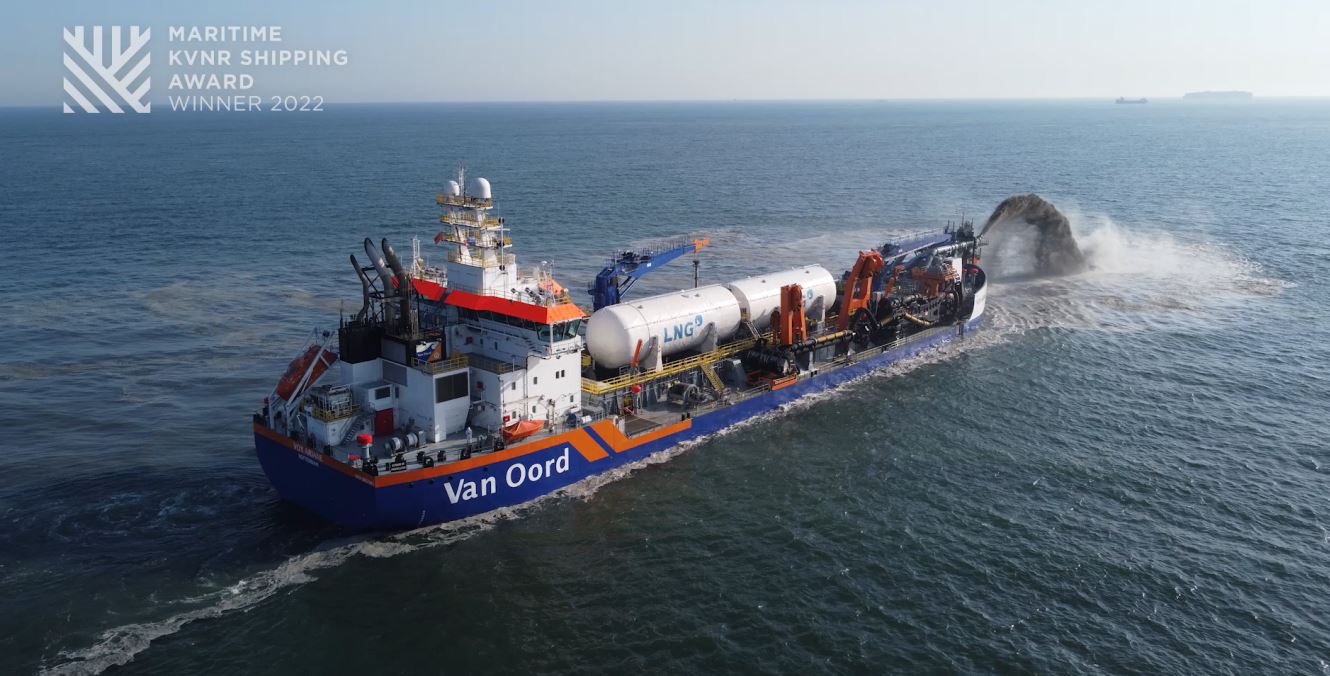 The award was presented at the Maritime Awards Gala in Rotterdam last month.

According to the jury, Van Oord’s introduction of the three trailing suction hopper dredgers marks it as ‘a trailblazer for international standards aimed at minimising climate and environmental impact within the available technological capabilities’.

The first of the three trailing suction hopper dredgers became operational this year, with the Vox Apolonia to follow early next year.

The new vessels are equipped with an LNG fuel system. The energy-efficient design means less fuel is needed and carbon emissions are significantly lower.

The dredgers were built by the Keppel Singmarine yard in Singapore. 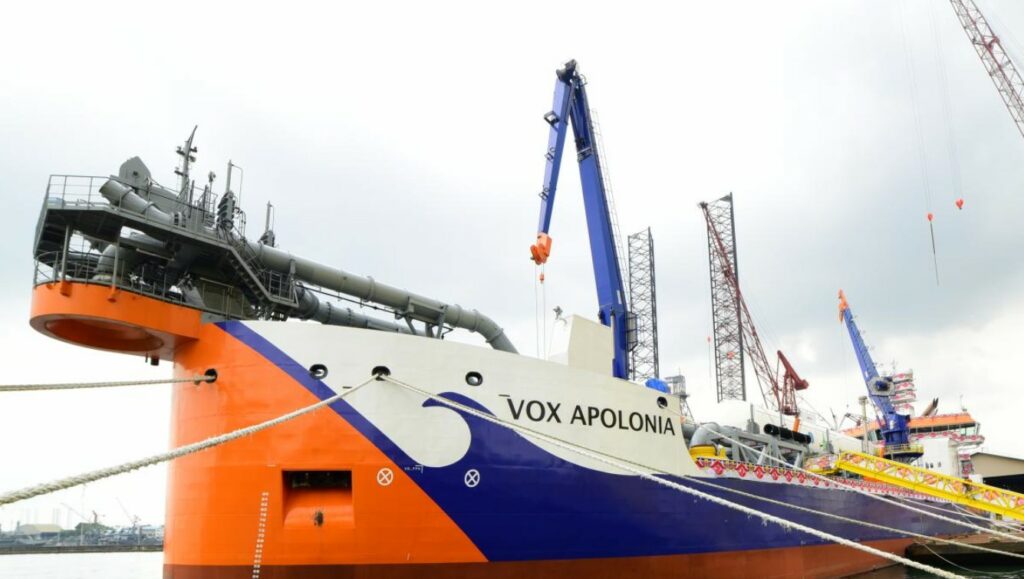