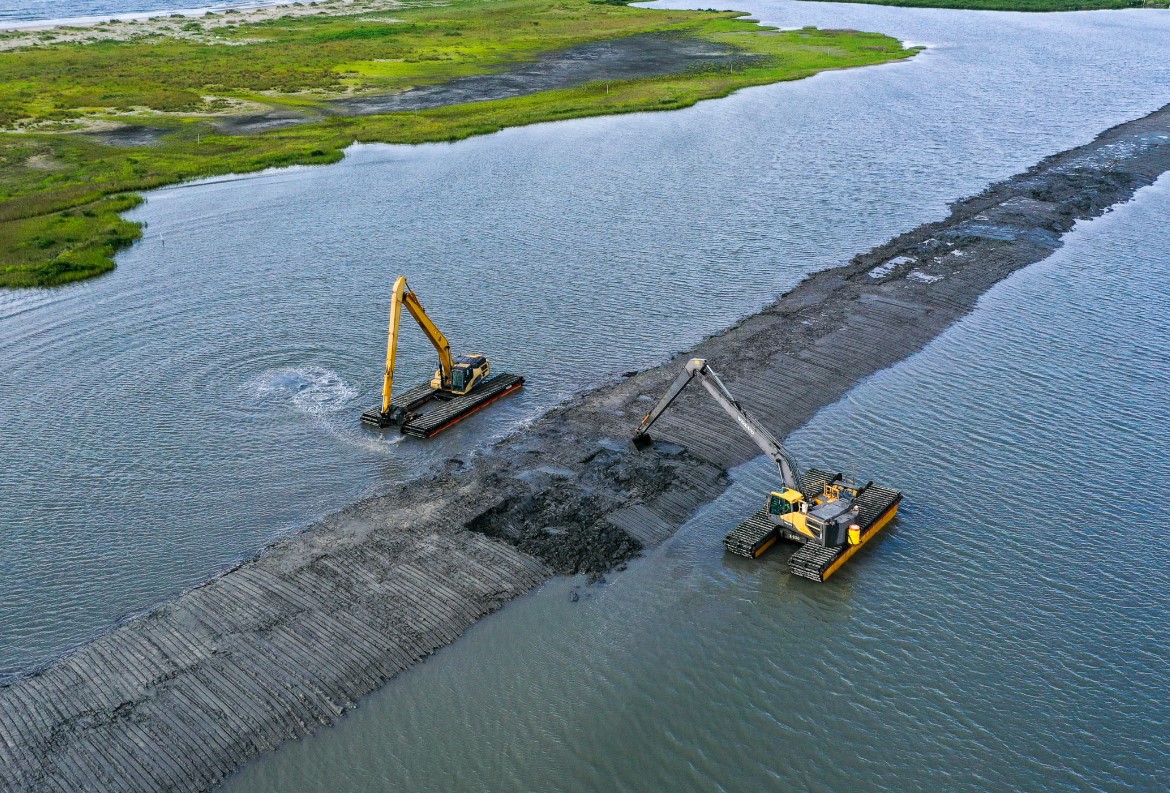 Dredging at the Caminada Headland project site in Louisiana has been completed, reports the U.S. Environmental Protection Agency (EPA).

Construction works on the EPA-sponsored Caminada Headland Back Barrier Marsh Creation project began in June 2020 and the dredging was completed just few weeks ago.

Before the dredging could start, GLDD brought in heavy equipment referred to as marsh buggies to build up earthen containment dikes.

After that a large hydraulic cutterhead dredge was towed to the Gulf of Mexico borrow site. The dredge excavated material from the bottom of the Gulf of Mexico, pumping it into the project fill area confined by the containment dikes.

Next steps on this project include vegetative plantings on the newly formed marsh platform in early Spring 2023. 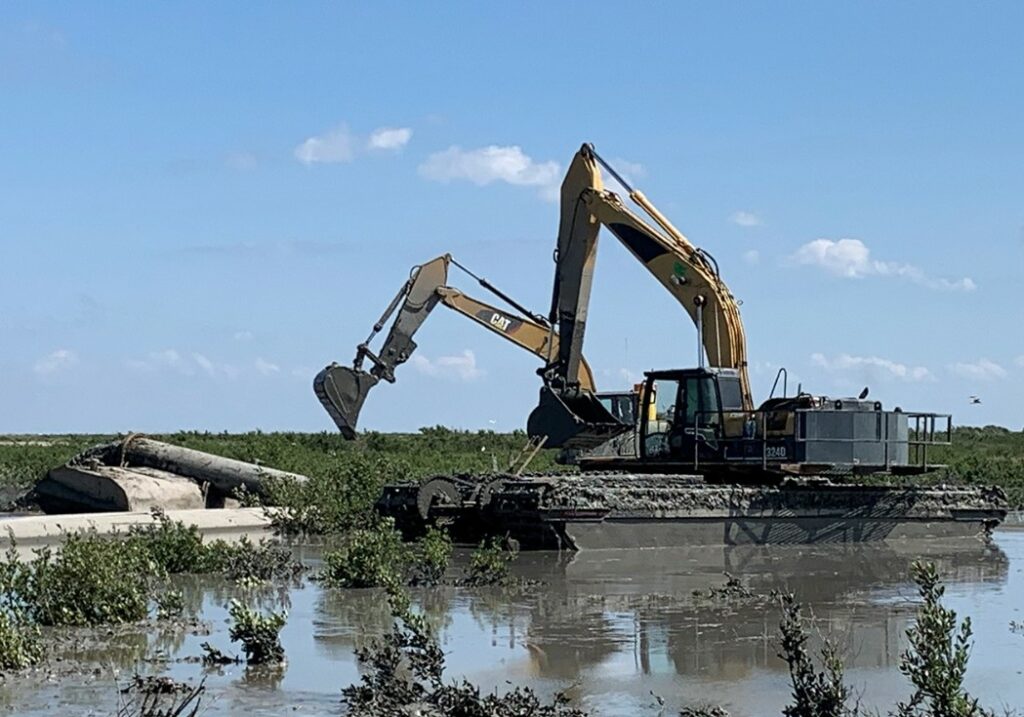