Two Dutch organisations – Deltares, an expertise centre for delta technology located in Delft and Rotterdam-based dredging company Van Oord – have together come up with an innovative concept to combat the oil spill threatening the US’s southern coast.

Their proposals consist of a set of radical measures that will do more to limit the environmental impact of the spill than has been assumed until now. Not only must the offshore slick be cleaned up, but the oil must also be kept away from vulnerable wildlife areas. Deltares and Van Oord have the required knowledge, experience and capacity to design and execute the sweeping measures required.

The oil, which has been spilling into the Gulf of Mexico since 22 April from various leaks at 1500 metres depth, is situated approximately 80 kilometres off the coast of the state of Louisiana, threatening the Mississippi delta ecosystem. Experts fear that it may turn into the biggest oil spill ever. Hundreds of animal species along the coast are under threat. It may take weeks or even months before the leaks have been sealed.

Given the size of the slick and the possibility that oil will continue to spill out for several weeks or months, it will be impossible to clean up the oil before it reaches the coast. Additional measures are needed to limit the impact on the ecosystem as much as possible. Everything possible must be done to prevent oil residue from ending up in the wetlands of the Mississippi Delta. Van Oord and Deltares have together developed a concept ensuring that any oil that does reach the coast causes as little damage as possible.

The concept has been brought to the attention of the relevant American parties through various networks of American and Dutch parties (for example the US Army Corps of Engineers, the Dutch embassy and the Dutch Ministry of Transport, Public Works and Water Management/Department of Public Works), which evolved after the Hurricane Katrina disaster. The parties are now discussing using the concept to supplement existing containment measures. 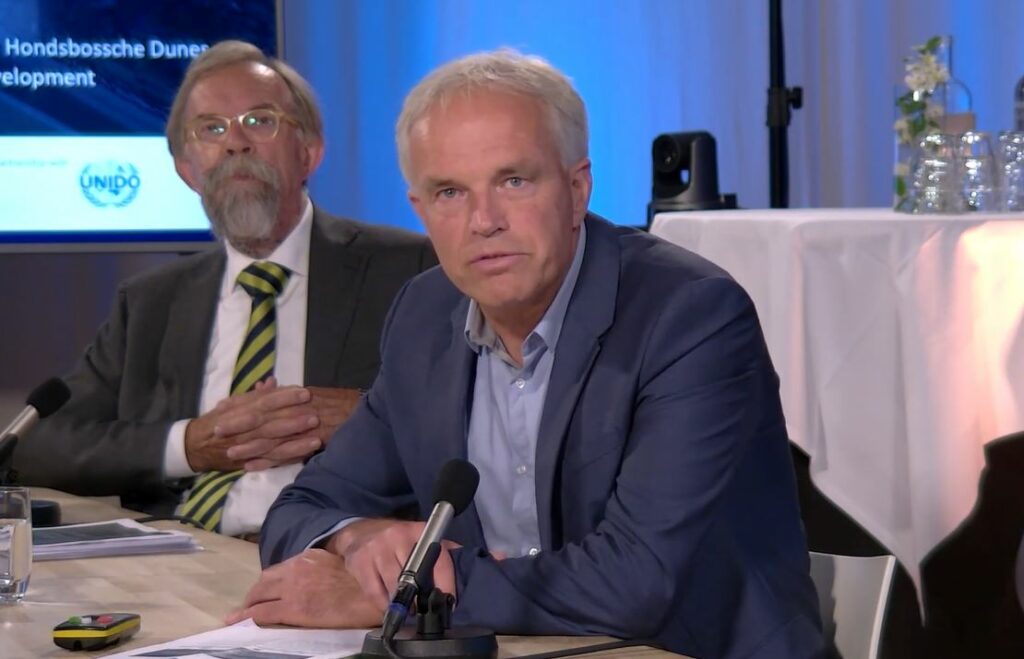