The Belgian dredging- and environmental group DEME has just been awarded two important contracts in Mexico and Malaysia. The new assignment strengthens the position of the group in the growth countries.

The contract includes the dredging works for an LNG-terminal at the west coast. The works have to be terminated within 365 days and will be executed in joint venture.

The contract was signed this weekend and the works will start immediately. DEME will deploy amongst others a large cutter suction dredger and a large trailing suction hopper dredger. The cutter suction dredger Vlaanderen XIX has been working in Central and South America for quite some time now – recently in widening and deepening works at the Pacific side of the Panama Canal, and at the Rodman quay of PSA in Panama. By authority of DEME the works will be executed by Dredging International Mexico.

The new assignment implies the dredging of an access channel, the creation of a turning basin and a mooring area for the new LNG-terminal of Manzanillo in the lagoon of Cuyutlan off the coast of the Pacific Ocean. This terminal will be operational by the end of 2011 and will import LNG from Camisea in Peru. This means that the power plant of Manzanillo will work on clean fuels instead of on oil derivates as is the case today. The work scope of the awarded contract includes the second phase of the dredging works for the LNG-terminal in Manzanillo. The actual LNG-factory will be built by a joint venture of the Asian companies Mitsui, Samsung and Korea Gas Corporation (Kogas).

A total of 12.5 million m³ will be dredged by the consortium. The dredged material will be dumped in a temporary dump in front of the beach to then be re-dredged by TSHD and be dumped in the assigned offshore dump area. The assignment was awarded by the Ministry of Communication and Transport of Mexico (Secretaria de Communicaciones y Transporte).

In the past few years, DEME already executed several maintenance works in Mexico and in Costa Azul and a jetty on monopiles was constructed by GeoSea, a daughter company of the DEME Group. In the past, Dredging International executed large port expansion works in Lazaro Cardenas, Puerto Vallarta and Manzanillo.

With this new assignment, DEME strengthens its position in Latin America. The Group executed works in amongst others Argentina, Uruguay and Ecuador – and at the moment is executing works in Brazil, Venezuela, Panama and Mexico.

In Malaysia, DEME has been awarded by Seaport Worldwide the contract for dredging and reclamation works at PMU Area and an access road for a proposed petrochemical and maritime Development at Tanjung Bin in Johor. The jumbo trailer “Nile River” will commence the works in July 2010.

The Belgian dredging-, environmental- and marine engineering group DEME was established in April 1991, after the teaming up of Dredging International and Baggerwerken Decloedt. The group is a world leader in its field of activities, and diversified from dredging and reclamation to marine engineering, servicing the oil & gas industry, wreck clearing, installation of offshore wind turbine farms, and environmental activities.

The group owns and operates one of the most modern, high-tech and versatile fleets for dredging and marine engineering, including vessels in every size and for every segment of the industry.

Although the investment programme 2008-2011 is still in execution for an amount of € 1 billion, DEME recently ordered another new trailing suction hopper dredger, a self-propelled cutter, and a high-tech fall pipe vessel – an additional investment of € 260 million. This means that by mid 2012 nine new, large vessels will be added to the DEME fleet.

Even in the ‘crisis year’ 2009, DEME hired yet another 214 youngsters. In a recent survey of temporary employment agency Randstad among 12.000 respondents, DEME was perceived as one of the very best employers in Belgium. The Belgian group simultaneously executes more than 70 projects all over the world. In 2009 DEME realised a turnover of € 1,4 billion and an operational cash flow (EBITDA) of more than 20 per cent. At the end of March, the order book stood at € 2,060 million. 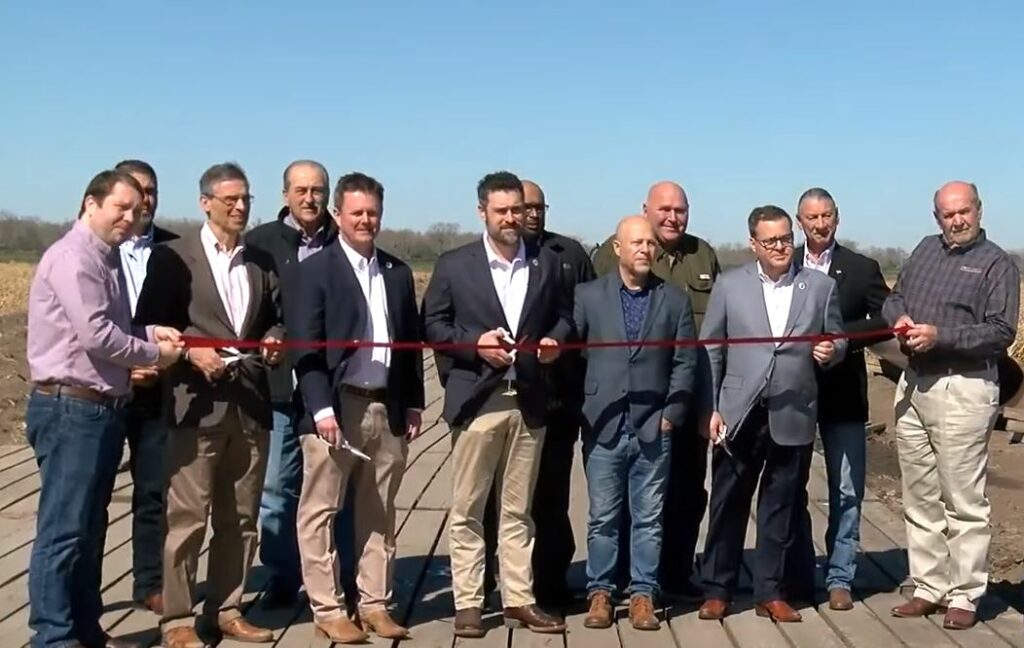