The Chinese Dredging Association (CHIDA), the organiser of WODCON XIX (9-12 September 2010 in Beijing, China) presented Best Paper Awards to four authors as follows: One Grand Prize (US$ 1000) was presented to a Chinese author and three second prizes (US$ 500 each) were given to one – one author from each of the three sister dredging associations of WODA, the World Organisation of Dredging Associations.

The Best Paper Award from the CEDA region was given to Lynyrd de Wit, Delft University of Technology, the Netherlands, for his paper entitled “Near Field 3D CFD Modelling of Overflow Plumes”. Selected from amongst 30 CEDA papers, and written as part of a PhD study, Mr de Wit’s paper, describes the 3D Computational Fluid Dynamics Model developed to solve the complicated turbulent whirling flow of a dredge plume under the keel of a TSHD. The dominant driving forces from density and momentum differences are fully taken into account in 3 dimensions. For the WODCON the CFD model was used to find the transition depth where the density difference of dredge plumes is no longer significant. All the CFD model results are summarised in one figure. Knowing the two key parameters of a dredge plume (the Richardson number and the velocity ratio) the transition depth can be found from this figure.

The other winning papers were as follows: 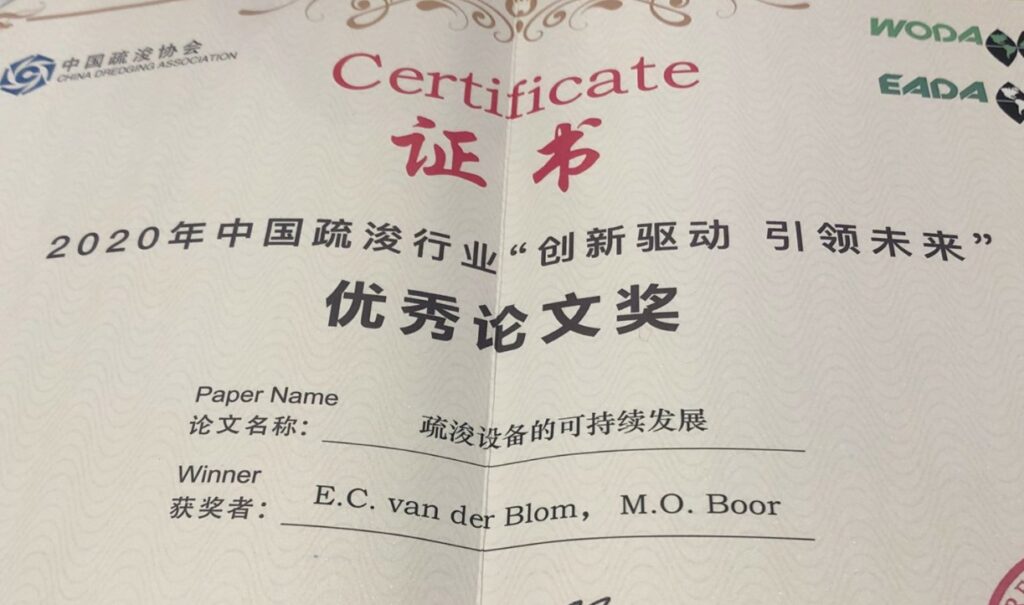