The fourth edition of this event was held at Calabar, located in Nigeria’s south-eastern Cross River State, between 22nd and 24th September.

The three-day event focused on dredging activities across Nigeria and the operative and bureaucratic difficulties faced by local operators. It also included presentations on dredging technology, environmental dredging, dredger crew training, safety and security, pre and post surveying and industry regulation. Delegates also enjoyed a half day visit down the Calabar River to the Oron Maritime Training Academy.

There was strong interest in the event which was heavily covered by both local and national press and TV.

How the event started

The man behind the event, now in its fourth year, is Mr. Edmund Chilaka, the Editor of Nigeria’s Dredge, Drill and Haul magazine.

The event is a useful forum for dredging contractors and dredging regulators to meet and exchange views. It is a means of highlighting and making public those issues that are key to the industry, namely safety, security, training, new technology, best practice, local project content and environmental concerns.

Every presentation is immediately followed by a question session which allows an exchange of information and views between speakers and delegates.

How the event has evolved

Over the last four years the event has expanded and continues to attract an increasing number of delegates and speakers every year. International speakers this year included the Italian dredging equipment manufacturer Italdraghe SpA.

These came from both the private and public sectors. Most private sector attendees were directly involved in dredging works or in managing dredging companies.

The various editions of the event have attracted international participants such as Italdraghe, Ellicott and Damen and it is hoped that a greater number of overseas companies will take part in future editions.

Past editions of the event were held in Lagos and also in the country’s capital Abuja. For the 2010 edition Calabar was chosen due to requests to bring the exhibition to the south east of the country, an area of intense dredging activity.

Calabar itself has been the site of major dredging projects over recent decades. Most large scale dredging took place during the 1993 and 2007 river improvement programmes.

The local government, aware that the draught of Calabar Port is susceptible to variation according to the quantity of silt washed into it throughout the year, has instituted specific dredging programmes to guarantee port access to the bulk carriers on which the city’s economy depends.

It is expected that Calabar will also be home to the 2011 edition of the event.

More and more Nigerian companies are entering the dredging sector and are expected to start competing with the large multinational dredging companies in the coming years.

Nigerian operators are increasingly aware of the need for dredger operator training and the introduction of on-board safety procedures.

Public sector agencies are attempting to bring in industry regulations and laws, however there is some confusion as to who should act as the dredging industries regulating body and at what level, i.e. state or national. Likewise. in some areas it is not clear to whom royalties on dredged material should be paid.

Capital dredging projects include the new artificial island off Lagos (which itself is built on 25% of reclaimed land), while maintenance dredging projects in green and brown fields are largely for international petrol companies and also for local governments interested in keeping their ports accessible and their rivers navigable.

Given the huge demand for sand from the country’s construction industry, estimated at 8 billion cubic metres per year, it is no surprise that “sand winning” and “sand stock-piling” are the main focus of most local dredging companies.

Two major issues increasingly affecting dredging companies are the issuance of operating permits and the involvement of local communities.

As attempts are made to regulate the industry confusion has arisen as to who should be responsible for issuing dredging licences with operators sometimes find their licences revoked or withdrawn at short notice, apparently without reason.

New national laws provide for the inclusion of “local content” (sometime also referred to as “national content”) in upcoming dredging projects. This will mean that any international dredging companies working within Nigeria’s borders will be obliged to involve local people to a certain degree in their projects, with the aim being that such involvement will boost local employment and consequently the local economy

A similar situation is faced by local dredger operators who are already obliged to involve local communities living alongside dredging sites in their projects. Such obligation stems not from local content law but rather from the ability of local communities to effectively block or sabotage dredging activities which they do not deem to be directly beneficial to themselves.

At the close of the event, participants were asked to collaborate in drawing up a communiqué setting out the key industry issues to be addressed. These are summarised below: 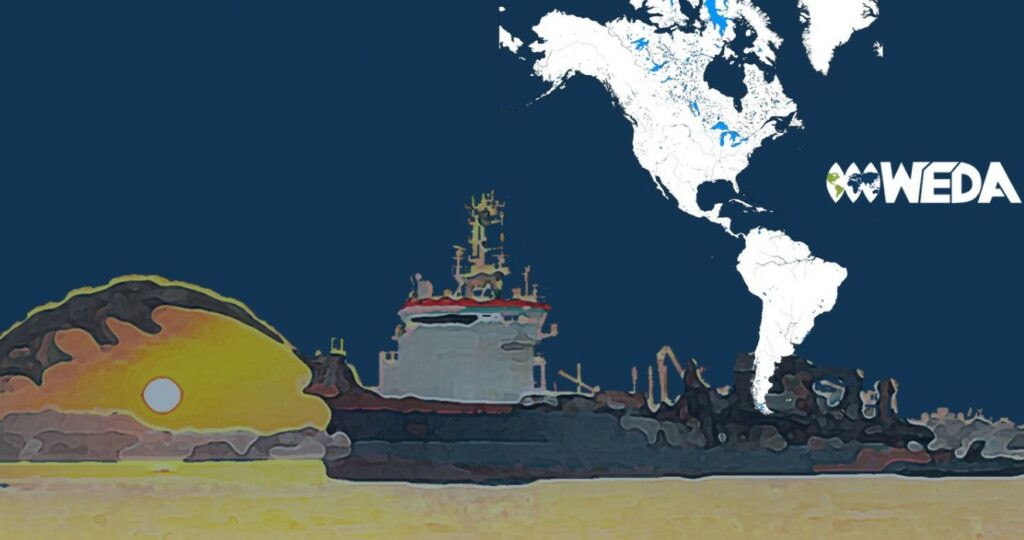