Sri Lanka’s new pounds Sterling 226 million deep sea port at Magampura harbor, Hambantota, on the south coast of the island has today been officially opened with the ceremonial docking of the first vessel to use the port facilities.

In a ceremony presided over by President Mahinda Rajapaksa as part of the week-long festivities surrounding his official inauguration for his second term in office, a traditional sailing yacht, Pradeepa 2, dropped anchor in Hambantota’s Magampura harbor. She received a traditionally warm and colorful Sri Lankan welcome from the huge crowds gathered on the waterfront and quaysides.

Pradeepa 2 was chosen in recognition of Sri Lanka’s age old role as a key stopping point on the ancient east-west silk trading route. She was followed into harbor by the Sri Lankan passenger ship Jetliner.

Phase one of the port, operated by the Sri Lanka Ports Authority and completed in August this year ahead of the scheduled completion in April 2011, is an integral part of the Government’s program of economic action and reconstruction of transport and trade infrastructure after the successful conclusion of the three decade-long struggle against the Tamil Tigers terrorism campaign. It lies at the heart of a strategy to make Sri Lanka an import/export, marine services and transshipment hub at the locus of key worldwide shipping routes.

The port is located just 10 nautical miles from one of the world’s busiest shipping lanes, used by up to 200 vessels every day, and can handle vessels of up to 100,000 Deadweight tonnage.

A government spokesman said: “The successful completion and opening of the superb docking and cargo facilities at Hambantota epitomizes the determination of the Sri Lankan Government and people to capitalize on the opportunity that is offered by the island’s new era of peace, to bring prosperity to all.

“The opening of Hambantota port ushers in a new era which will transform Sri Lanka’s important transport and shipping industry. We look forward to welcoming increased global trade through what is one of the world’s most modern ports.”

Phase one of the new Hambantota port was constructed by the China Harbour Engineering Company at a cost of some pounds Sterling 226 million and includes provision for a high quality passenger terminal, cargo handling, warehousing, bunkering, provisioning, maintenance and repair, medical supplies and customs clearing facilities.

The 2,000 hectares of land immediately surrounding the new port is to be developed as a dedicated investment and industrial zone, with 65 domestic and international investor businesses having already expressed an interest. It is anticipated that, once phase two of the Hambantota port project is completed in April 2011, the port will provide 40 per cent of Government income by 2020 and create 10,000 direct and over 60,000 indirect new job opportunities.

Further Government expansion of, and investment in, modern port facilities is underway at Galle, Oluvil, Trincomalee, Kankasanthurai and Colombo. 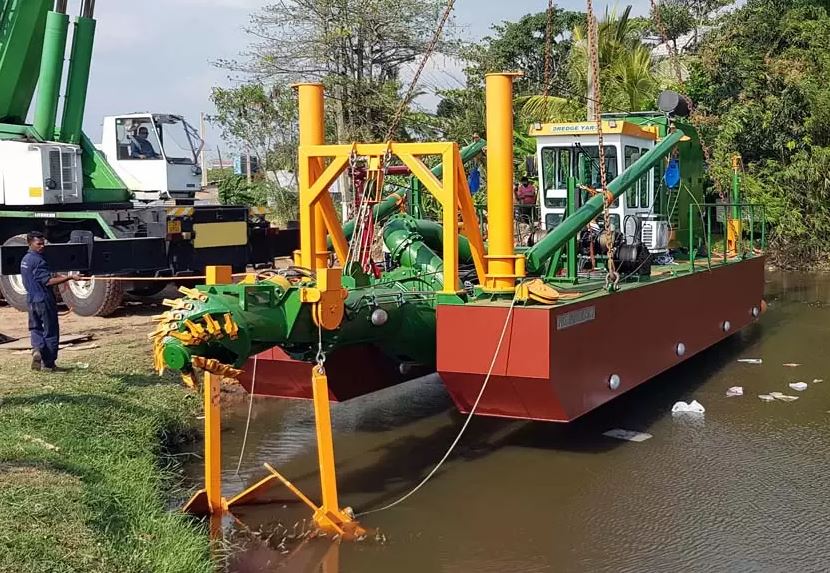