Along with the announced commission of the construction of an installation vessel for the offshore wind farm market, this substantial investment comprises part of Van Oord’s comprehensive new investment scheme for 2011-2015.

According to Pieter Van Oord, the CEO of the Rotterdam-based, family-owned company, this new investment scheme and the construction of a second self-propelled cutter suction dredger is a sign of Van Oord’s confidence in the global dredging market. ‘We are building vessels like the Athena and her sister vessel for amongst others large harbour projects in the Middle East and Australia, which will give us an advantage in this specific market segment. We are very confident about our prospects for taking on the competition over the next few years’, stated the CEO. ‘In addition to our operations in the offshore installation market and the construction of complete offshore wind farms, dredging and marine contracting are our most important operations. We are the trend-setters in these specialised fields, and that is a status we wish to maintain. In fact, we want to take that a step further by expanding our position in these specialised markets, and we will be making substantial investments in people and equipment over the next few years with that goal in mind.’ 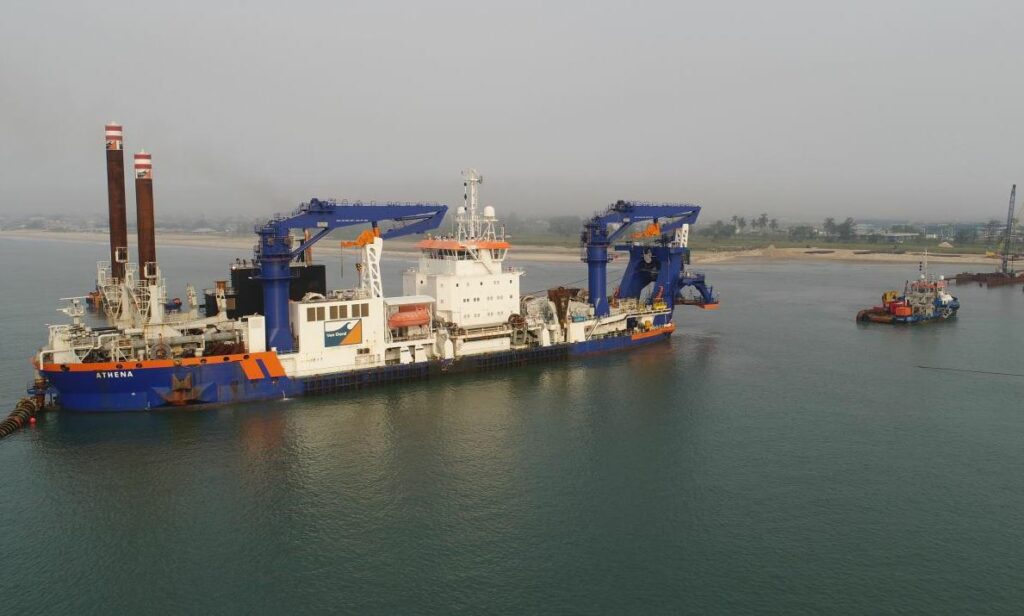