Rotator Oy, Hitachi Construction Machinery (Europe) NV’s official dealer in Finland, has supplied Wasa Dredging Ltd with an EX2500-6 excavator as the base machine for a backhoe dredger.

The large Hitachi excavator was delivered last summer and has been working at the harbour since then. The work consists of dredging 320,000m³ clay and sand, and drilling and blasting 110,000m³ of bedrock.

Rotator Oy Managing Director, Thomas Åhman says, “Wasa Dredging is satisfied with the performance of the EX2500-6 on the specialist project. It also appreciates the continued support it receives from Rotator through regular service checks and routine maintenance procedures.”

The backhoe dredger is one of several pieces of special equipment – including split barges and drilling platforms – that Wasa Dredging has constructed for its offshore and marine and inland water construction work since 1997. It specialises in underwater drilling, blasting and dredging of hard materials. The company currently has around 30 employees and had a turnover of €13million in 2010.

“Our customers and partners traditionally come from Finland, Sweden and Russia,” says Wasa Managing Director Kristian Backlund. “They include the former Finnish Maritime Administration, city councils, local government bodies and major construction contractors. We are currently expanding our market to mainland Europe, and we plan to build new equipment for these markets in 2011-12.” 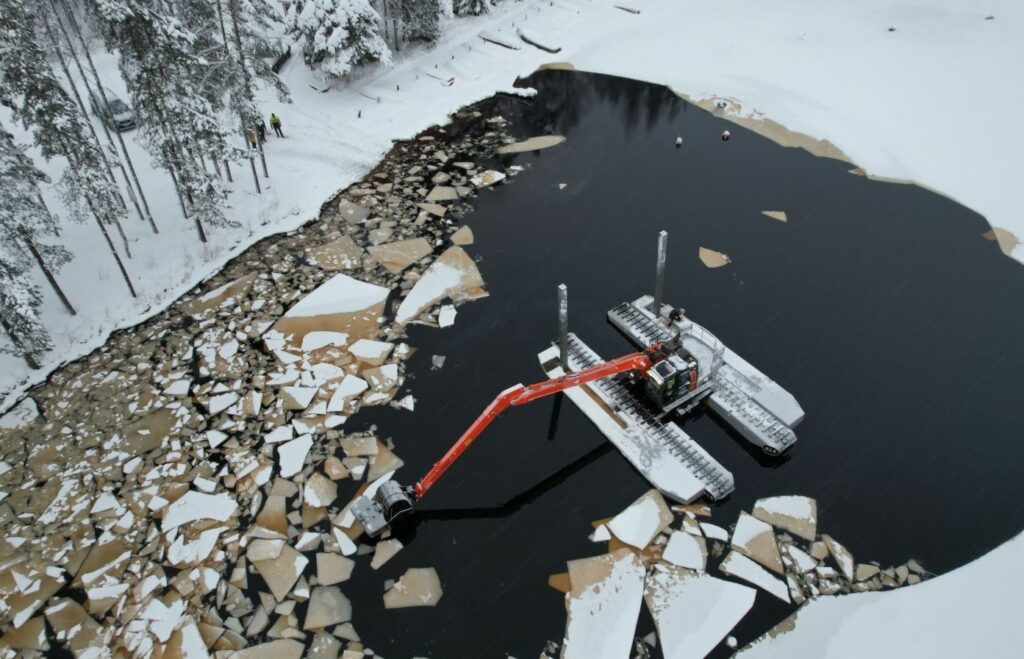