Great Lakes was awarded $41.0 million of work to deepen the Ambrose Channel, the offshore entrance portion of the New York Harbor deepening project. This is another part of the important deepening of the New York/New Jersey Harbors to a 50 foot depth as they prepare for the modern class of larger draft vessels in international trade. This waterway is also a critical part of the regional and national transportation system that helps creates jobs and economic recovery. This project is being funded by the Army Corps of Engineers​ and will commence in early 2012.

Great Lakes was also awarded a coastal restoration project, Pelican Island, off the coast of Louisiana by the U.S. Department of Commerce, National Oceanic and Atmospheric Administration (NOAA) Office of Habitat Conservation. The project, valued at approximately $43 million, is a coastal restoration project and consists of the dredging and placement of beach and marsh fill borrowed from designated sites in the Gulf of Mexico. The project is expected to begin at the end of this year and continue into 2012. The project is being funded primarily through Coastal Wetlands Planning, Protection and Restoration Act, (CWPPRA), federal legislation enacted in 1990 that was designed to identify, prepare, and fund construction of coastal wetlands restoration projects. Additionally funding is provided by the State of Louisiana through the Coastal Protection and Restoration Trust Fund.

And finally, Great Lakes was awarded six coastal protection/beach re-nourishment projects. These projects are Wallops Island in Virginia for $25.6 million, Miami Beach in Florida for $15.8 million, Brant Beach and Cape May in New Jersey for $16.8 million and $9.0 million, respectively, Hilton Head Beach in South Carolina for $8.2 million and additional work of $20.4 million for Dewey Rehoboth beaches in Delaware. These projects will provide protection from natural erosion and storm damage along these coastlines. A portion of this work is expected to begin at the end of this year and continue into 2012. These projects are each being funded in different combinations of Federal, State, and local resources, underscoring the critical nature of these projects to region and nation.

David Simonelli, President of Great Lakes Dredging Operations stated, “2011 continues to be a strong beach re-nourishment year. We are pleased that the Great Lakes team and versatile fleet continues to play a critical role in these important projects that assist in protecting assets along our coasts. Our clients know they can count on us to tackle the most difficult projects with the best engineering and equipment available and to work as their partners to ensure a safe and successful project execution.

“September was an active bidding month for Great Lakes and we are excited to be a part of so many projects that protect our coast, deepen and maintain our waterways and provide economic stimulus and American jobs. The road to recovery starts with dredging!”

Great Lakes Dredge & Dock Corporation is the largest provider of dredging services in the United States and the only U.S. dredging company with significant international operations. The Company is also one of the largest U.S. providers of commercial and industrial demolition services primarily in the Northeast. Additionally, the Company owns a 50% interest in a marine sand mining operation in New Jersey which supplies sand and aggregate used for road and building construction.

Great Lakes employs over 150 degreed engineers, most specializing in civil and mechanical engineering, which contributes to its 121-year history of never failing to complete a marine project. Great Lakes has a disciplined training program for engineers which ensures experienced-based performance as they advance through Company operations. Great Lakes also owns the largest and most diverse fleet in the U.S. industry, comprised of over 200 specialized vessels. 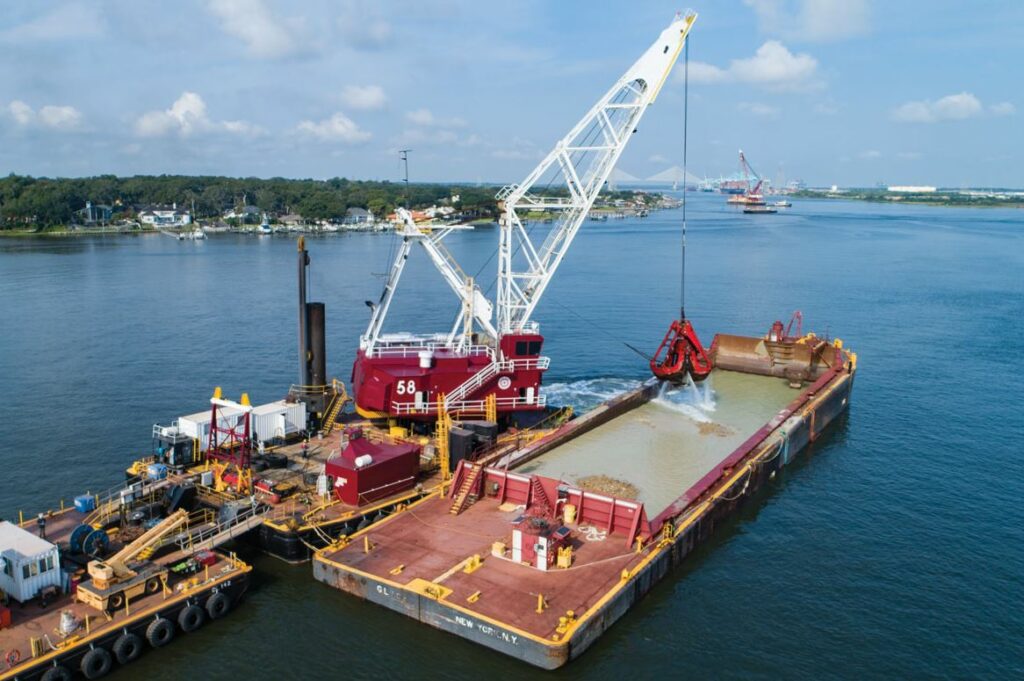