Botlek Tank Terminal started driving new mooring piles at its jetty. The water depth is currently being increased from 13.65 to 15 metres, so that BTT will be capable of receiving vessels with a draught of up to 115,000 DWT. Each of the seven pile has a diameter of 2 metres, a length of 36 metres and a weight of approximately 50 tonnes. The dredging of the harbour basin and the driving of the mooring piles will be completed mid November.

The permit for phase 2 is expected in the first quarter of 2012, after which part of the land will be reclaimed. The intention is to create 350,000 – 550,000 m3 of extra tank storage, depending on type, number and height of the tanks. Talks with potential customers and banks are in progress. Products to be handled include gasoline and gasoline components, jet fuel, diesel and ethanol. According to the current planning, the 2nd phase is expected to become operational in 2014. On completion of this phase, BTT should have a state-of-the-art terminal with a storage capacity of 550,000 -750,000 m3 for a varied package of liquid bulk products.

Botlek Tank Terminal is a 50/50 joint venture of the Dutch company H.E.S. Beheer and the Noble Group from Hong Kong. HES also has interests in various dry bulk terminals such as EBS and EMO. 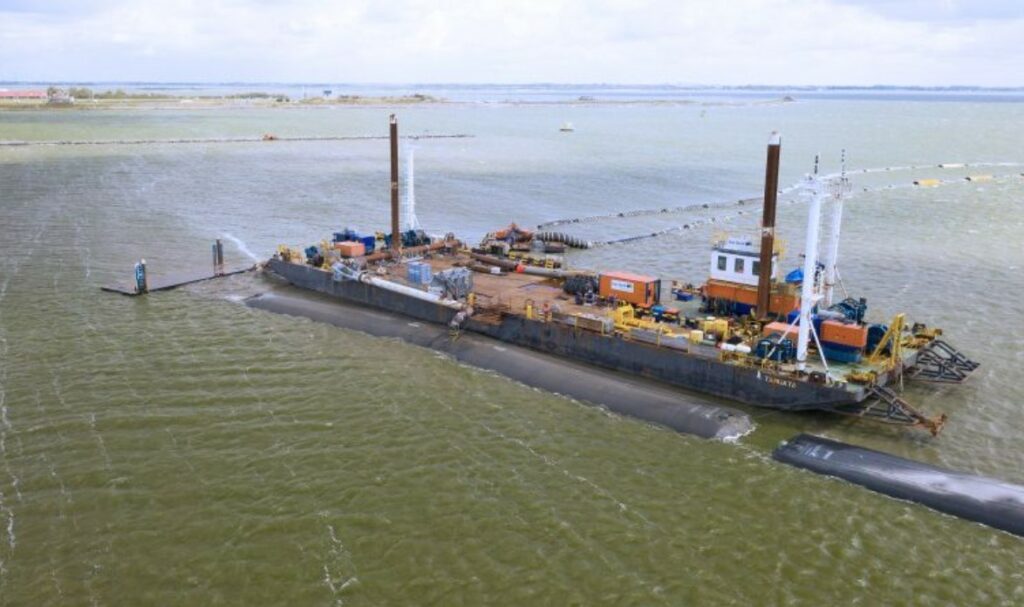