The Port of Los Angeles and U.S. Army Corps of Engineers have prepared a Draft Environmental Impact Statement/Report (EIS/EIR) for the Berths 302-306 APL Container Terminal Project that involves the improvement and expansion of the existing 291-acre terminal by 56 acres. APL operates the second largest container terminal at the Port of Los Angeles.

The proposed project calls for the development of 1250 feet of new wharf and 41 acres of backland with planned state-of-the-art infrastructure, including 12 new cranes and Alternative Maritime Power™ (AMP™) facilities. The existing 41-acre adjacent fill was constructed from dredged harbor materials as part of the Main Channel Deepening project.

The Draft EIS/EIR assesses the proposed improvements to the terminal and projected container throughput under the current lease term with APL that expires in 2027. The environmental document includes a discussion of the proposed project’s environmental impacts and identifies mitigation measures to reduce these impacts as required under the National Environmental Policy Act (NEPA) and California Environmental Quality Act (CEQA). Six project alternatives are also presented as part of the study.

The public comment and review period is from December 16, 2011 to February 17, 2012. During this time, the Port will accept written comments and will host a public meeting on January 19, 6 p.m., at the Port of Los Angeles Administration Building to present its findings and provide opportunity for public comment. 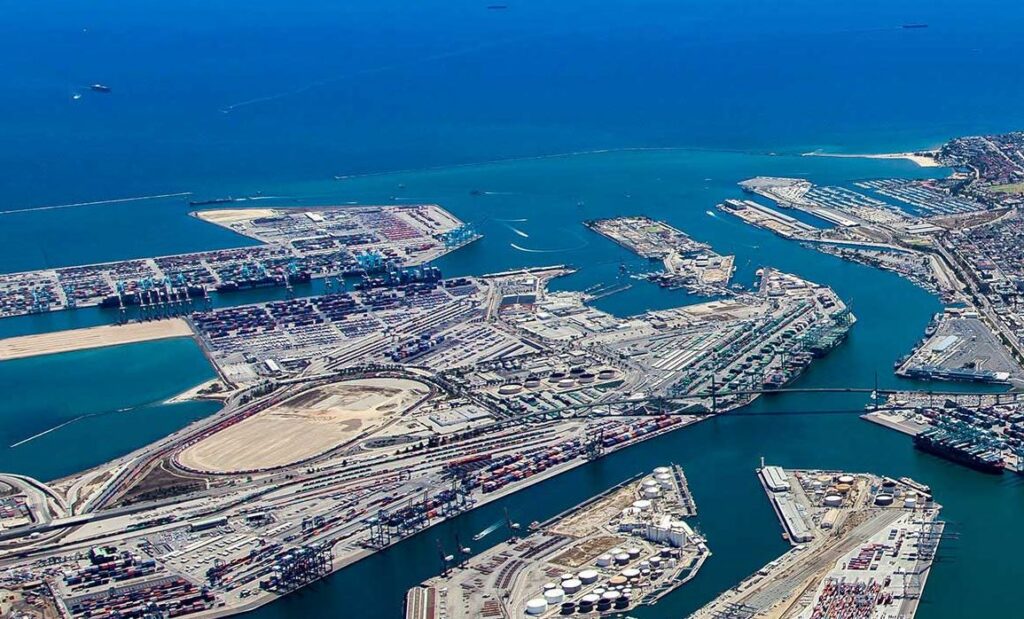