U.S. Senator Charles E. Schumer announced his push for the Harbor Maintenance Act, which would free up critical dredging funding for Port of Oswego, to be included in a key infrastructure bill that is currently moving through Congress. This legislation would free up badly-needed funds that the U.S. Army Corps of Engineers (USACE) must have in order to dredge the port, and that are essential to keeping the port open for business. Each day, sediment settles at the bottom of Lake Ontario, reducing water depth and creating a safety hazard for shipping barges, cargo ships, and recreational boats – all of which help pump millions of dollars into the economy every year.

“Every day, sediment is piling up in the Port of Oswego, while money piles up in Washington that is supposed to be used to solve this problem,” said Schumer. “With the Port getting narrower and shallower every day, we can’t afford to miss the scheduled dredging that will keep our waterways open for business, open for fishing, and open to tourism. The Port of Oswego is an economic engine and job-generator for the region and we must keep it operating at peak efficiency. That is why I am pushing for the Harbor Maintenance Act to be attached as an amendment to the key Surface Transportation Bill. If passed, this legislation will ensure we have the funds to dredge New York’s federal ports, which will help keep shipping costs for local businesses down, keep the recreational fishing industry vibrant, and will ensure that boats from cruise ships to barges can keep passing through the beautiful ports of New York.”

Schumer is pushing for the Harbor Maintenance Act to be attached as an amendment to the Surface Transportation Bill, which is a critical piece of legislation that is currently being considered in Congress. The bipartisan bill would provide the USACE access to billions in funds collected in the Harbor Maintenance Trust Fund each year. The Trust Fund was established in 1986 in order to fund operations and maintenance of federal ports and harbors, and is funded by the Harbor Maintenance fee that is charged on imports and domestic cargo. Despite the fact that shippers are paying the fee that is supposed to go towards port dredging and maintenance, this money is not being sent out of the fund to serve its intended purpose. As a result, the Trust Fund has a current balance of $5.7 billion – in the meantime, ports in New York are filling with sediment and in desperate need of infrastructure upgrades.

Schumer noted that similar problems plagued the Highway Trust Fund, as well as the Airports and Airways Trust Fund, but were corrected with Congressional action that more closely tied revenues to expenditures. Continuing to charge this fee of shippers without using those revenues to improve harbor accessibility and safety is unfair. The bill that Schumer supports would link incoming revenues with expenditures on dredging and port maintenance projects, so that the money plus interest coming in each year would actually be allocated to improve the Port of Oswego, Buffalo and Rochester, rather than sitting in the Treasury.

The absence of dredging in the Port of Oswego since 2009 has left the Port with increasingly shallow areas, especially around key access point for ships. Data collected by the USACE in 2007 showed that the main access point to the port — the already narrow “Lake Approach Channel” — had shrunk to half its size because of silt accumulation, and that condition has only worsened. In addition, the water directly in front of the Port’s East and West Docks has grown dramatically shallow. This decrease in water level has meant that ships hulls must carry lighter loads to remain more buoyant. The Port of Oswego has noted several instances where companies had to add another ship because cargo had to spread out among several vessels.

While the port has recently undergone a remarkable revitalization, fueling economic growth across Central New York, it is now threatened by shallow waterways that constrict access for ships navigating the port. In 2007, over 150 ships utilized the Port, many enticed by its standing as the only deep water port on the U.S. shores of Lake Ontario. The bulk commodities that pass through Oswego Harbor generate approximately $5.9 million annually in direct revenue and support over 78 jobs.

Over the past few years, the port’s popularity with the shipping industry has exploded due to its status as the only deep water port on the U.S. shores of Lake Ontario. The Port has transformed into a critical asset for retaining existing businesses reliant on shipments and for attracting new growth opportunities to Central New York. Commodities shipped out of the port include soybeans, windmill components, cement, chemicals, ores and minerals (particularly road salt). Some of the major businesses taking advantage of the port throughout Central NY include NRG Energy, Sprague Energy, Cargill, LaFarge Cement and Essroc Cement. However, this could all be in jeopardy given that the Ports waterways are constricted, and Schumer is pushing for funding to be freed up for this critical dredging work.

In 2008, Schumer was able to ensure the Port of Oswego received necessary dredging by indentifying the existence of a $6.5 million pot of funding earmarked for Army Corps of Engineers (USACE) to undertake backlogged dredging projects throughout the Great Lakes, and then personally calling the Army Corps’ top commander, Lt. General Robert L. Van Antwerp, to urge him to quickly steer money from that allocation to the Port of Oswego. Due to Schumer’s intervention, dredging began last September. 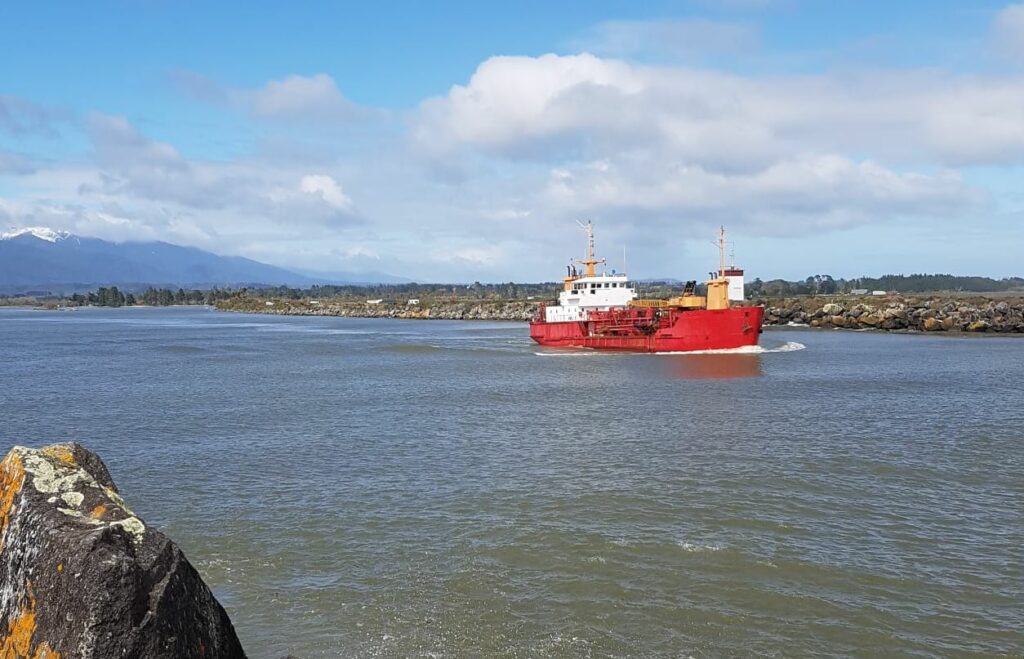