Birse Civils has commenced its annual protection of Lincolnshire’s coastline and flood defence for the Environment Agency as part of its Lincshore 2010-2015 Framework Contract with the arrival of the dredger Breughel, one of the biggest the project team has ever used.

Lincshore, the Environment Agency’s £6-million flagship scheme, aims to combat the decrease in sand levels and increased risk of flooding caused by erosion of the beach over winter. It works by increasing the level of the beach to reduce the risk of waves reaching the main defences. Lincshore protects the clay foreshore against further erosion and prevents rapid deterioration of the defences.

The project will see 512,000 cubic metres of sand pumped from licensed off-shore sites onto 20 kilometres of beach.

The dredger, Breughel, which was named after the famous Belgian Northern Renaissance painter, has a hopper capacity of 11,650 cubic metres and can carry 18,710 tonnes. It has a 1,200mm diameter dredging pipe and can dredge at depths down to 43 metres. It also has the lowest carbon footprint in its class. 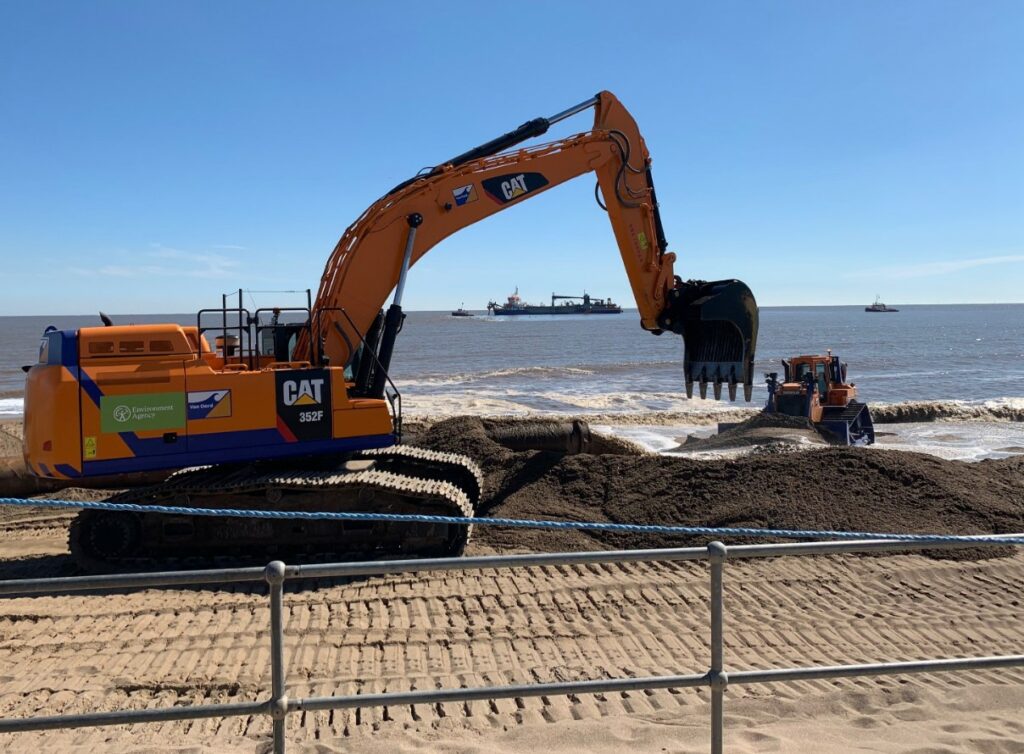