Last week, DSC Dredge, LLC (DSC) was awarded the Presidential “E” Star Award for Exports by U.S. Department of Commerce Secretary John Bryson at the White House in Washington, D.C. The “E” Awards are the highest recognition any U.S. entity may receive for making a significant contribution to the expansion of U.S. exports.

“Exporting continues to support DSC’s overall growth, and we are honored to receive the “E” Star,” said Bob Wetta, DSC President. “When we first received the “E” Award back in 2008, 50% of that year’s revenues consisted of exports. DSC has continued export growth since receiving the “E” Award, a requirement to receive the “E Star” Award.”

DSC Dredge LLC, a world’s leader in portable dredges, manufactures cutter suction dredges of all sizes and applications. Dredging is often used in mining, construction, and environmental projects to remove or transport material.

“I am pleased to recognize DSC for receiving the President’s “E” Star Award, which honors companies that make significant contributions toward increasing U.S. exports,” said U.S. Commerce Secretary John Bryson. “This Administration is committed to leveling the playing field for American businesses and workers to help U.S. companies build things here and sell them around the world. “E” Star Award winners like DSC Dredge have excelled in this effort, demonstrating another four years of successive export growth. It is companies like this that are helping to grow our economy and put more Americans back to work.”

A business client of the Department’s U.S. Commercial Service, DSC has benefited from export counseling, trade shows, market research, and business matchmaking to greatly expand its export sales. Commerce Secretary Bryson noted DSC’s continued sales into Africa as “compelling and its achievements have undoubtedly contributed to national export expansion efforts that support the U.S. economy and create U.S. jobs.” Secretary Bryson noted that “DSC demonstrated a sustained commitment to export expansion” in the volume of exports over a four-year period. DSC recently opened new markets in Bangladesh, India, Russia and currently exports to over 46 countries. The primary criterion for the “E” Award is four years of successive export growth or of supporting the export growth of others.

“E” Awards are awarded to applicants that can demonstrate a significant contribution to U.S. export expansion that is measurable, innovative, sustainable, and has broad impact.

A total of 41 U.S. companies and organizations were presented at the “E” Award at the May 17, 2012 World Trade Week ceremonies in Washington DC. Of the 41 companies, 14 received the exclusive “E”-Star Award and DSC is only the ninth Louisiana-based company to receive such an award. 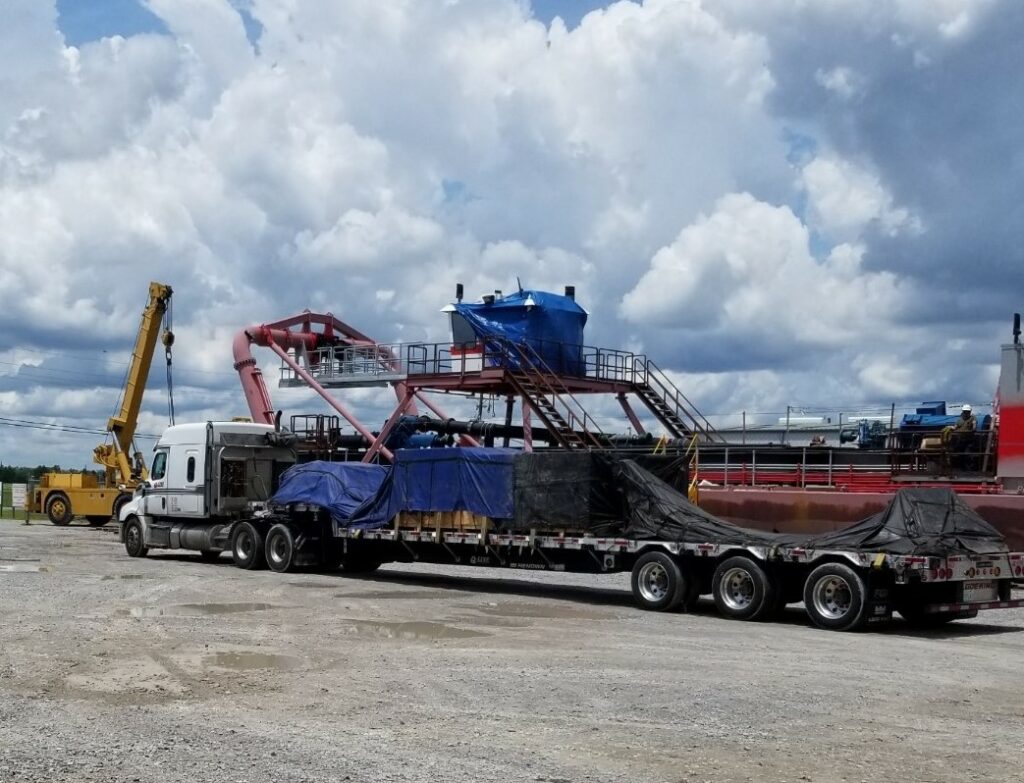