During the course of the event, structured as both a news conference and a celebratory rally, Chairman Kopp and the legislators in attendance outlined both the benefits of the channel-deepening project and recent developments surrounding it. These included the following:

2. Current funding for the project currently stands at $16.7 from the U.S. Army Corps of Engineers, and $29.7 million from President Obama’s FY13 Budget, assuring the viability of the project for the immediate future. “But we can’t become complacent,” said Senator Casey in a thought frequently echoed by the other legislators. “We have to keep fighting for dollars until this project is complete.” $40 million has already been spent by Pennsylvania and the $50 million by the Army Corps. The entire project will cost about $311 million.

3. Governor Corbett emphasized the projected economic impact of a deeper shipping channel, saying that increased cargo activity resulting from a deeper channel will deliver 8,000 to 12,000 new direct jobs at the Port of Philadelphia and up to 38,000 indirect jobs throughout the region.

The channel deepening will coincide with the current expansion of the Panama Canal, to be completed in 2015. A wider, deeper Panama Canal will deliver more ships and bigger ships, especially from Asia, to the US East Coast, and a deeper Delaware River will allow the Philadelphia regional ports to handle them. Other East Coast ports are already deepening their channels to prepare for these vessels.

Congressman Bob Brady reminded the assembled crowd of the long history of the project, saying that he voted for its authorization back in 1998. He also pointed across the river to New Jersey, giving a good-natured dig to some of the project’s opponents: “To our dear friends in New Jersey, we got it done!”

The bi-partisan event both celebrated the successes of the project, including overcoming hurdles in the funding, environmental, and legal areas (a final legal challenge by New Jersey and some environmental groups was defeated in a federal appeals court in July) and was a call to action to keep the pressure on until the project is completed in 2017.

Rep. Pat Meehan used Philadelphia sports history to make his points, noting, “This project will deepen the Delaware River five feet. That’s about two yards, and here in Philadelphia we’re all too aware of being two yards short of a first down, and we won’t let that happen here. We won’t lose the jobs. Otherwise they’ll go to guys wearing Giants and Redskins jerseys, and that just doesn’t seem right.”

Senator Casey said: “This is a project about jobs, tens of thousands of jobs. We are talking about the future of this city, southeastern Pennsylvania, and the entire Commonwealth”. Senator Casey discussed how he enlisted the aid of Vice President Joe Biden to help get the project into the President’s FY13 budget.

Philadelphia Deputy Mayor and PRPA board member Rina Cutler delivered greetings from Mayor Michael Nutter and then expressed how gratifying it was to see true bi-partisan cooperation for the common good. “In today’s polarized political arena, it’s wonderful to see that Democrats and Republicans can still come together when something big is at stake. I commend everyone on this stage for aggressively promoting this critical project that means so much to so many people.”

Rep. Chaka Fattah, a senior member of the House Appropriations Committee, sent a message of support to the assembled legislators, stating, “Deepening the Delaware River channel means more ships, more cargo, and most importantly more jobs at the Port of Philadelphia and all along the river. I have been leading the charge for funding on the Appropriations Energy and Water Development Subcommittee, where we have recommended $29.5 million for this project, which has President Obama’s support. Channel deepening has been a bipartisan team effort with many partners, federal, state, and local, led by Congressman Bob Brady. The commercial opportunities of a deeper, better port will increase Pennsylvania’s global competitiveness along the Eastern seaboard.”

Following the 1:00 p.m. event, which lasted about an hour and was witnessed by about two hundred representatives of port businesses and members of the Port’s labor force, Chairman Kopp said, “We still have a while to go, as the shipping channel is 103 miles long. But seeing today’s show of support from our government leaders and the maritime industry, and keeping in mind all that we’ve already accomplished, I can’t imagine that we won’t get this project done on time and on budget, and start reaping the rewards.”

The Philadelphia Regional Port Authority (PRPA) is an independent agency of the Commonwealth of Pennsylvania charged with the management, maintenance, marketing, and promotion of publicly owned port facilities along the Delaware River in Philadelphia, as well as strategic planning throughout the port district. PRPA works with its terminal operators to modernize, expand, and improve its facilities, and to market those facilities to prospective port users. Port cargoes and the activities they generate are responsible for thousands of direct and indirect jobs in the Philadelphia area and throughout Pennsylvania.

PRPA is the local sponsor for the Delaware River Main Channel-Deepening Project, partnering with the federal government to fund the deepening of the shipping channel. 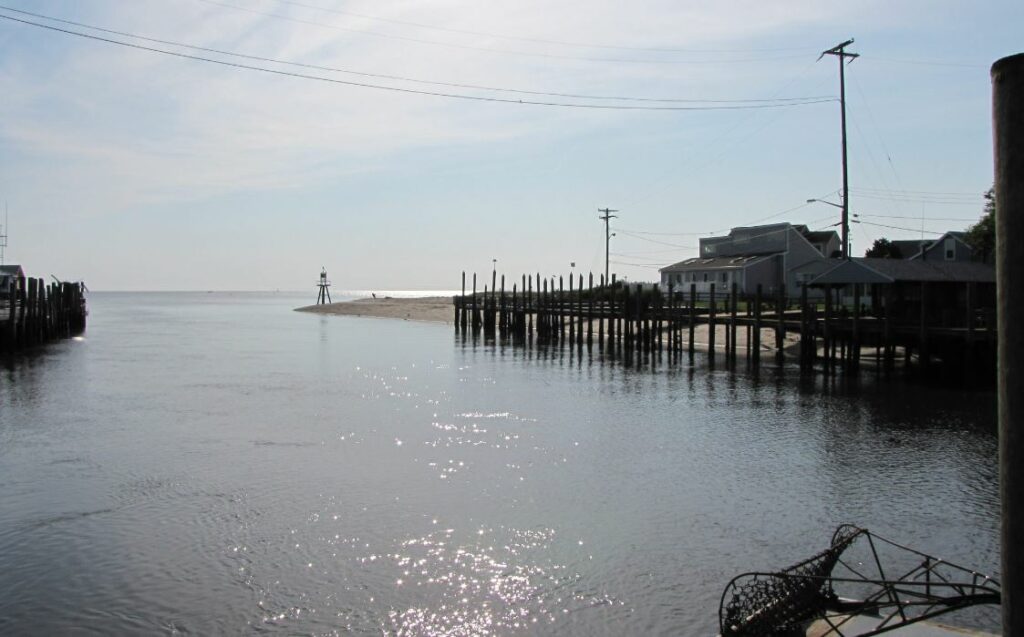