A preliminary analysis of the results has shown that the sensor systems predict the dike breaches well in advance.

The dikes collapsed at the IJkdijk test location in Bad Nieuweschans, the Netherlands, on Saturday, 8 September. The exact failure mechanism still has to be determined. The first two dikes collapsed on 26 and 27 August. During the next few months, Deltares, together with an independent committee, will assess how the advanced measurement systems have performed.

Commissioned by the IJkdijk foundation, Deltares has played an important coordinating role within these experiments. Haike van Lottum, project leader, is very pleased with the developments:

“We can be very proud of this IJkdijk-experiment. At Deltares, we have made it possible again, that dikes collapsed in a controlled way. If it turns out that the sensors are able to predict the collapse, it will reduce the future need for expensive solutions such as raising dikes.”

Stichting IJkdijk had already carried out various previous experiments in which the dike collapsed because of a single, specific failure mechanism. In the All-In-One experiment, various mechanisms occurred simultaneously. It was not known in advance how, when and where a dike would collapse.

Various companies contributed to predicting the dike breach and making this visible in dashboards on screens. A large number of sensors and measurement devices were installed to do this in and around the test dikes. This Dutch experiment has already attracted worldwide attention. 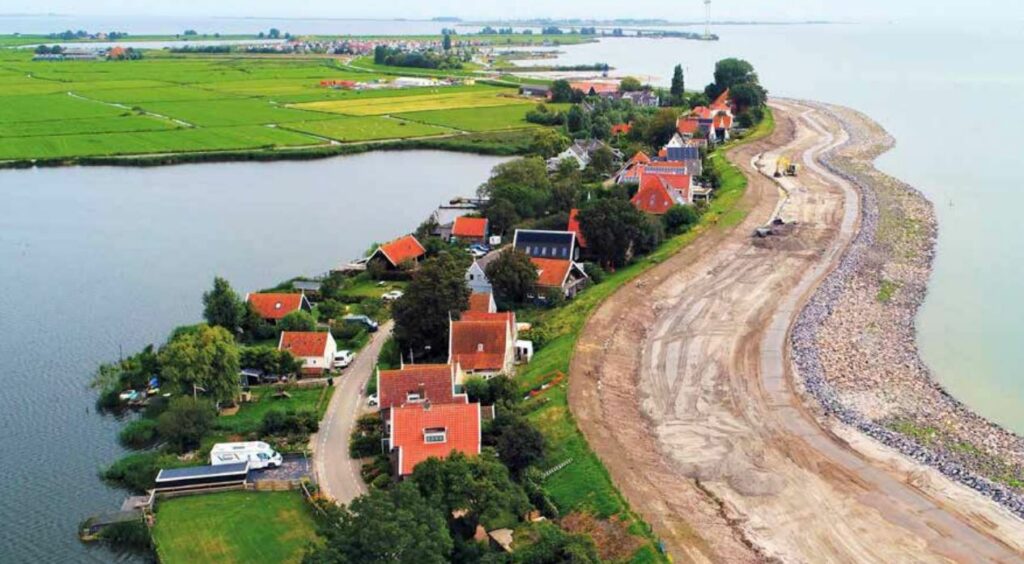