The dredge was delivered in September, where its launch was attended by Ecuador’s minister of environment.

The officials were faced with a vegetation problem in Laguna de Colta, a recreational lake at 10,825 ft. (3,300 m) above sea level that had become infested with totora (Scirpus californicus), over 40 percent of its area. The other 60 percent of the lake was full of submerged mats of vegetation that were literally strangling all aquatic life. Forty percent of the vegetation is 5 ft. (1.5m) tall, and 60 percent is 9 ft. (2.7m) tall.

The local officials also needed a machine that could cut and pump the vegetation without the need for a re-handling barge. Most weed harvesters cut the vegetation stems down to a fixed depth and store them in a hopper which must be periodically emptied on the shore using multiple barges and support equipment. The WeedmasterTM chops the weeds into 3-5 in. (76-127mm) pieces and pumps them to the shore up to 0.6 miles (1km) away using the dredge pump.

The WeedmasterTM cutterhead unit mounts directly to the pump inlet door. It measures 9 ft. (2.7m) wide, and consists of a steel shroud and cutterbar with dual direct drive motors driving the cutter. The cutterbar is made of heavy wall tubing with reinforced razor teeth. The shroud contains two rows of static cutter blades that clean the main cutterbar as it rotates. It can remove floating vegetation such as hyacinths; submerged vegetation such as milfoil and hydrilla; and emergent and rooted vegetation such as cattails and reeds, including 9 ft. (2.7m) tall reeds. It can even digest complex aquatic vegetation root systems to prevent re-growth.

Engineers and factory workers at the IMS plant all took a step back while performing initial speed tests on the Razor Tooth WeedmasterTM, which had the razor studded drum spinning at a very high rpm. The word used to describe it was simply, “intimidating.”

The project will take several years to complete, and will have restored health to a lake that had been in an advanced state of eutrophication. 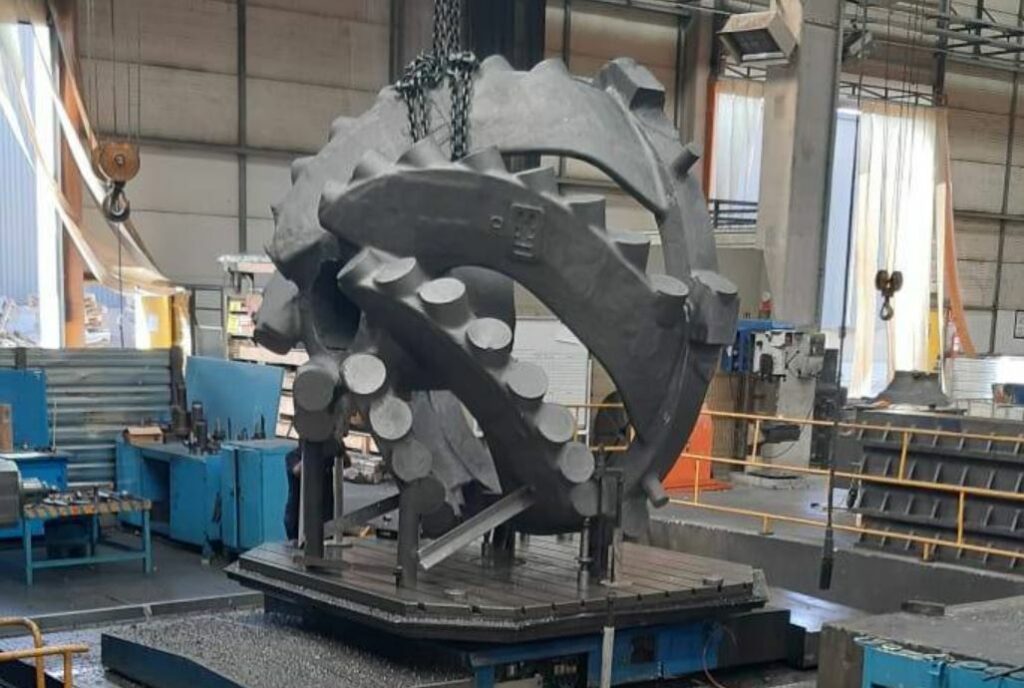