CMA CGM, the world’s third-largest container shipping line, has purchased a stake in the Port of Long Beach’s Pier J, a move that will bring an additional 2.6 million container units to the Port and increase Port revenues by about $70 million over the next five years.

The investment makes the Marseille, France-based ocean carrier a partner in the lease and operations of the 256-acre terminal. It also marks CMA CGM’s first investment in a port on the West Coast of North America and guarantees that its ships will call exclusively at the Port of Long Beach when using the San Pedro Bay gateway.

For the Port, it represents a major vote of confidence in Long Beach’s future and its competitive advantage, Long Beach officials said.

“Of the large carriers, CMA was the only one that did not have a home locally. We are glad they’ve decided to call Long Beach home,” said J. Christopher Lytle, Port of Long Beach Executive Director. “This agreement validates the investments we are making in our facilities. We are committed to remaining the gateway of choice for trans-Pacific trade.”

The Port has embarked on a 10-year, $4.5 billion capital improvement program that includes upgrades to terminals, rail facilities and overall infrastructure.

Pier J is home to Pacific Container Terminal. With a water depth of about 50 feet and 17 post-Panamax gantry cranes, it is one of the few terminals in the world capable of servicing the new generation of giant container ships.

Pacific Container Terminal has been operated as a joint venture between global maritime services company SSA Marine and COSCO, a China-based ocean carrier. CMA CGM became a partner in the venture in November and officially announced the agreement on December 11.

CMA CGM vessels have been calling at the Port for many years, but the new arrangement gives the shipping line a West Coast homeport and strengthens the bond with Long Beach.

“This first new investment for our Group on the U.S. West Coast will reinforce our position in North America,” said Farid Salem, CMA CGM Group Executive Officer. “It demonstrates CMA CGM’s strong involvement to develop transport infrastructure and to improve quality of service to our customers. By investing in Pier J, the Group ensures that the largest vessels deployed in the trans-Pacific trade will be efficiently managed.”

CMA CGM operates a fleet of 395 vessels calling at 400 ports around the world, on every continent and in 150 countries. CMA CGM also calls at Long Beach’s Pier A.

The Port of Long Beach is one of the world’s premier seaports, a primary gateway for trans-Pacific trade and a trailblazer in innovative goods movement, safety and environmental stewardship. A major economic engine for the region, the Port handles more than six million container units a year and trade valued at more than $155 billion that supports hundreds of thousands of Southern California jobs. 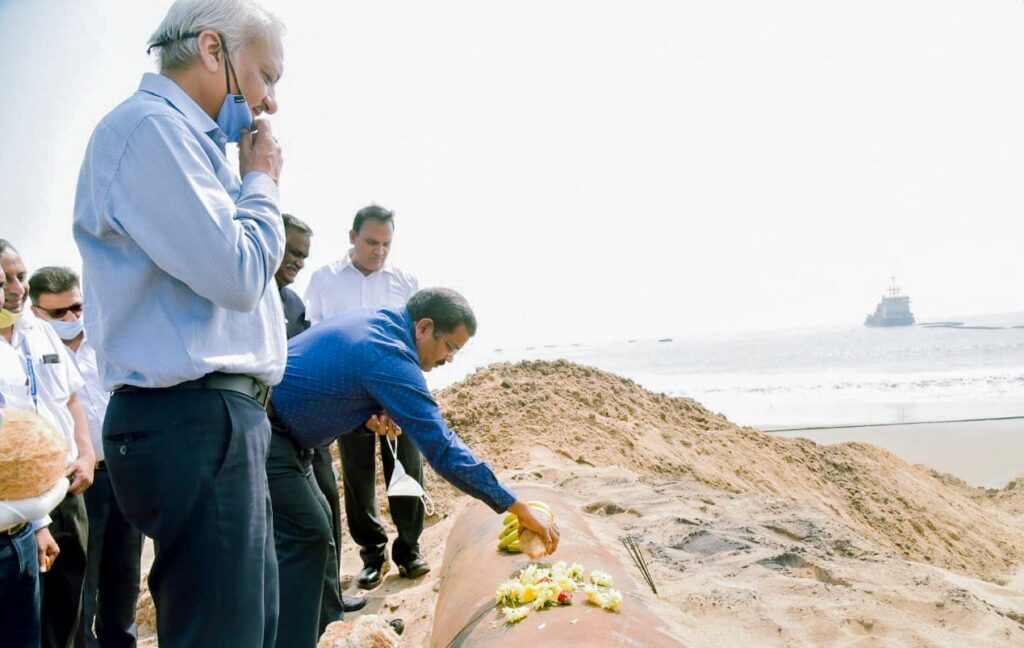