Earlier this year, Delaware’s Congressional delegation of Sens. Carper and Coons and Rep. John Carney announced funding for engineering, design and construction of the dredging of the Nanticoke River. The project cost is just over $2.3 million.

U.S. Army Corps of Engineers will begin maintenance dredging on a stretch of the Nanticoke River extending from the Delaware-Maryland line up to Seaford as soon January. Work now includes building a dike and installing pipe from the river to the dredge spoils site. The river, which flows to the Chesapeake Bay, is a vital waterway for barge traffic in and out of western Sussex County. The dredging project will restore the river’s main channel depth to 12 feet, which has shoaled in some portions, making navigation difficult or impossible for barges. The river was last dredged in 1990. In April 2011, the Delaware Congressional Delegation wrote a letter to the Army Corps of Engineers to urge their assistance in expediting the dredging of the Nanticoke River.

“This dredging project has the potential to allow businesses already here to grow and to attract new businesses to the communities along the river,” Sen. Carper said. “This is one example of government working to create a nurturing environment for business growth and job growth. As we work toward economic recovery in this challenging environment for business, this project is another step in the right direction.”

“For more than 100 years, Sussex County and other communities along the Nanticoke River have depended on this valuable resource to support business and commerce,” Sen. Coons said. “Deepening the Nanticoke River clears the way for job creation, boosts business and supports vital industries that depend on a navigable waterway. As a result of dedicated individuals from all levels of government and industry working together over many years, this project is underway and our entire community will benefit.”

“Investments in infrastructure are investments in the future of our nation. It creates jobs and strengthens the economy,” said Congressman Carney. “This project will make the Nanticoke safer for the barges that travel it, and help local businesses get the goods and materials they need to thrive. I’m very excited at the progress being made and look forward to seeing the project completed.”

The dredging project is essential to ensuring safe, efficient navigation for barges that transport grains, gravel and fuel along the Nanticoke. According to figures from the Delmarva Water Transport Committee, more than 100 barges move along the Nanticoke each year. Each barge has a capacity equal to about 150 tractor trailers. In 2010, nearly 500,000 tons of product moved up the Nanticoke River, according to DWTC figures. By moving forward with the dredging project, water-borne transport can continue – and presumably increase – on the river, lessening truck traffic and reducing wear and tear on local roads.

“This is an important project for the Army Corps of Engineers as projects represent two of the most important missions of the Corps – to provide economic support to our Nation and to meet our missions in an environmentally sustainable way, both in how we dredge and where we place the material,” Lt. Col. Brad Endres, U.S. Army Corps of Engineers, Baltimore District Deputy Commander. “This project meets both of these key initiatives and has moved forward thanks to the entire project team including Sussex County and many resource agencies.”

In May 2010, Sussex County purchased a 41-acre site west of Seaford near Woodland which will serve as a location to deposit mud that will be pulled from the bottom of the Nanticoke River during the four-month-long dredging project.

“This announcement today is news that is long overdue, but news that is nonetheless welcomed here in the cities of Seaford and Blades and throughout all of Sussex County,” County Council President Michael H. Vincent said. “History has shown how vital the Nanticoke has been to the development and prosperity of Western Sussex, from the early days of European exploration and settlement, to the present day and the movement of goods and commerce into and out of Delaware. This project will ensure the Nanticoke remains an essential link to the economic and cultural well-being of our community as we move into the future.” 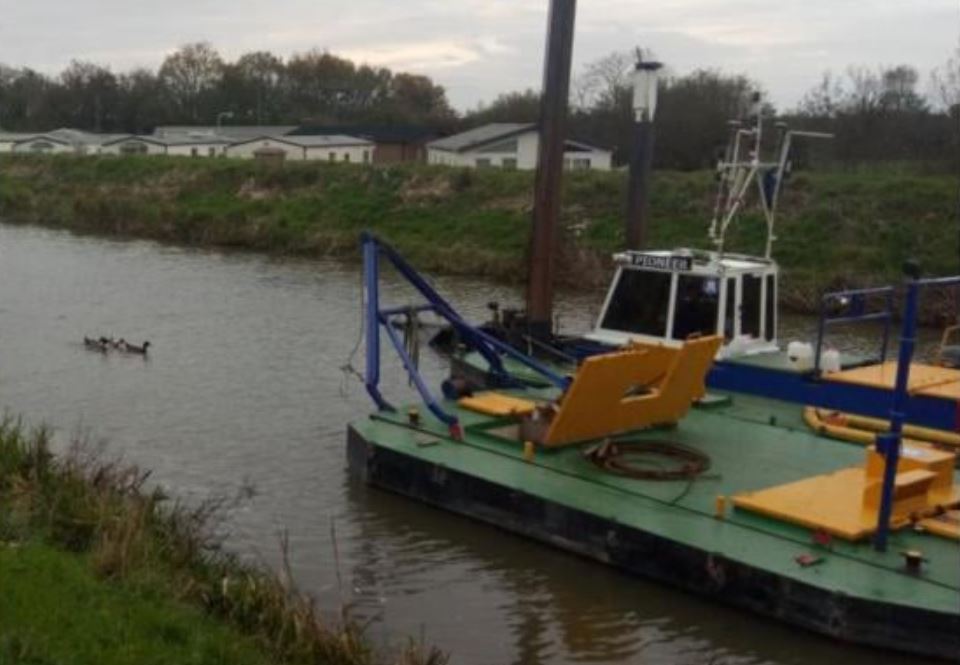