Container traffic at the Port of Charleston was up nearly 12 percent in November, in results announced at the regular South Carolina Ports Authority (SCPA) Board meeting.

Last month, the Port of Charleston handled 125,780 20-foot-equivalent units (TEUs), an 11.9 percent increase from the same month last year. Gains for containers handled at the SCPA’s public port facilities have been strong throughout the year, with an 11.7 percent jump in box volume for the first five months of the fiscal year and a more than nine percent increase during the calendar year to date.

“While we are slightly off of aggressive projections set for the year thus far, Charleston continues to grow at a much faster rate than competing ports,” said Jim Newsome, president and CEO of the SCPA. “With global economic uncertainty on the horizon, we will continue to operate in the fiscally conservative way we have, which has kept intact our stable outlook and solid position from the ratings agencies.”

In December, Moody’s Investors Service affirmed the SCPA’s A1 rating on its existing bond debt in light of the organization’s strong financial performance history and competitive advantages.

Breakbulk tonnage also showed strong gains for the month, with non-containerized volume increasing nearly 24 percent in November. The SCPA handled a total of 117,118 pier tons at its facilities in Charleston and Georgetown last month. The gains were led by increases in activity at both Veterans Terminal and at Union Pier Terminal, which is being utilized for the handling of breakbulk cargo such as steel billets. The downtown terminal footprint ultimately is planned for redevelopment upon the resolution of the cruise terminal construction approvals and following the relocation of Charleston’s cruise operations to Union Pier’s north end.

In other action, the Board took another positive step toward realizing the South Carolina Inland Port in Greer, SC. The Board approved a resolution authorizing the SCPA to borrow funds not to exceed $30 million for the development, construction, operation and maintenance of the South Carolina Inland Port, which is in the planning stages. The facility will serve as an inland container yard served by Norfolk Southern and proximate to major port users across the Upstate and portions of neighboring states. The Board previously had approved engineering study work to begin the facility’s design and authorized the SCPA’s president and CEO to carry out all actions needed to bring the project to fruition. The inland port is expected to be fully operational by the fall of 2013.

Additionally, the Board approved the purchase of two empty container handlers from Gregory Poole for $554,000. The machines are expected to be delivered in April. Also approved were two change orders for existing work related to gate infrastructure and container yard improvements, totaling around $2 million. 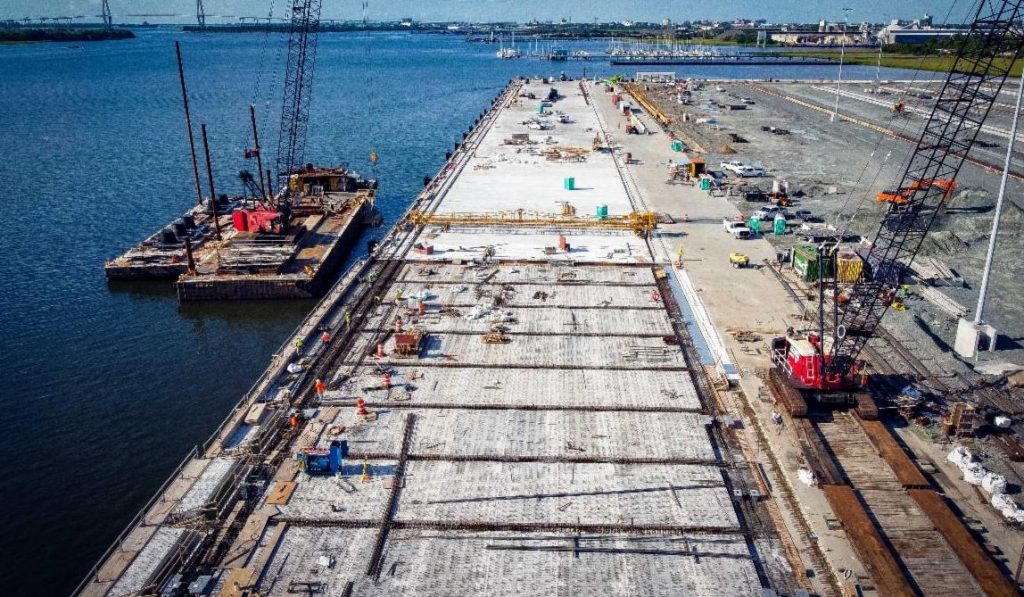