The U.S. Army Corps of Engineers has completed an extended dredging season and is bringing equipment in for seasonal maintenance and leave for the crew. The Corps Dredges Hurley and Potter completed dredging operations on the Middle Mississippi last week.

The dustpan dredges have been operating well beyond the normal dredge season, which usually ends in early December. The Potter mobilized the first week of July, and has worked throughout the 300 miles of Mississippi River in St. Louis District’s area of responsibility. The Hurley came up river from the Corps’ Memphis District in December and has been dredging between Thebes and Chester, Ill., and also supported the rock removal efforts at Thebes by removing sand that had accumulated over the rock pinnacles.

As dustpan dredges, they remove sediment to form the Congressionally-mandated channel depth and width. USACE dredged more than 8 million cubic yards of sediment along the Middle Mississippi River in the last six months – more than twice the amount dredged during an average, non-drought year. And yet, this was only half the amount dredged during the drought of 1988-89 as a result of river engineering work.

The Corps’ large dustpan dredges remain critical in maintaining a reliable channel for commerce, especially in low water. Restrictions to industry traffic were limited to safety operations during blasting and other rock removal work and not a result of channel availability. There were no groundings within the channel in the fall and winter during this low water period.

The Corps will continue to monitor crossings, points on the river where the flow of water within the channel changes from one side of the riverbank to the other. The Potter will be the dredge to respond to any “just-in-time” dredging needs, should the sediment patterns change with fluctuating river levels. 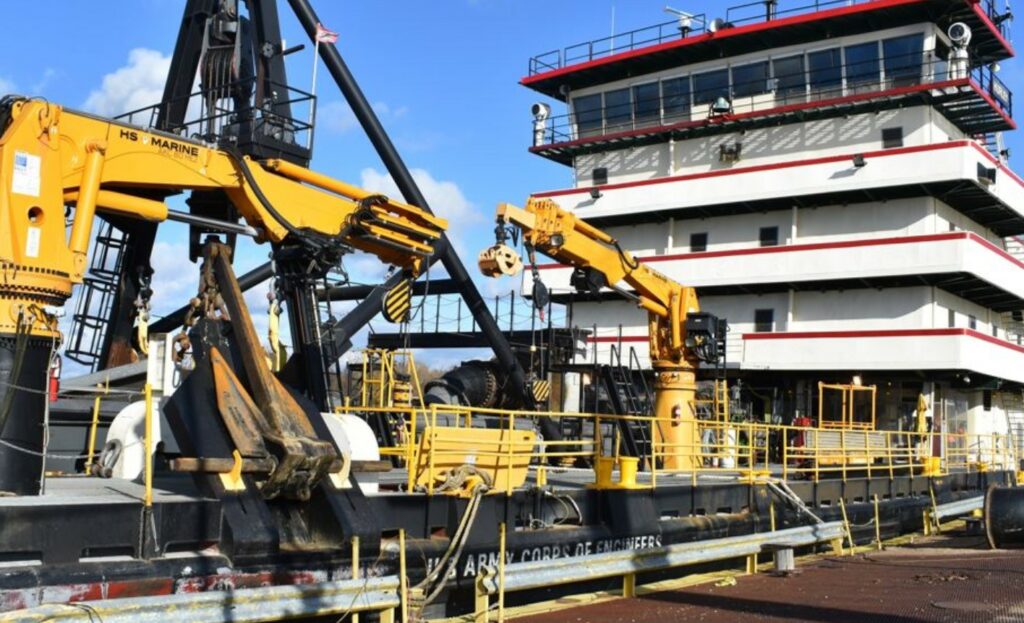