Associated British Ports (ABP) has received consent from the Marine Management Organisation (MMO) to improve the marine access to the Port of Southampton with an extensive programme of dredging.

The dredging, in Southampton Water and the Solent, is part of an extensive programme of investment centred around improving the capability of the port to receive the largest vessels in the world long into the future. The consent marks the final piece in the jigsaw of licences, consents and permissions to complete the programme.

Although Southampton is blessed with a unique double tide that ensures a wide access window for shipping, the requirement for deeper drafted vessels to call at facilities such as Fawley Oil Refinery and the container terminal has placed some limitations on access.

The work will see the main navigational channel used by commercial shipping deepened from a current minimum depth of 12.6m, at various points along its length of 25 nautical miles. The channel will also be widened to 100m in some areas to allow vessels to pass one another as they enter and exit the port.

More than 23 million tonnes of material will be dredged along the route, from the Nab Channel to the east of the Isle of Wight through the central Solent and extending as far as the most northerly berth of the container terminal in the Test Estuary. The material will be taken to a licensed deposit ground, located in the English Channel to the south east of the Isle of Wight.

The dredging works will:

– improve the safety of navigation;

– improve the ability of vessels to pass each other in the approaches to the port;

– increase the marine tidal access window for large vessels; and

– safeguard existing direct and indirect port-related jobs by ensuring that the Port of Southampton remains a competitive and viable deep-sea port into the future.

ABP has proposed a series of measures to minimise the effects of the works on the environment. As well as managing water quality and monitoring sediment levels, a compensatory intertidal habitat scheme is in its advanced stages of completion at Cobnor Point in Chichester Harbour. The scheme will provide a new home for water voles, a protected species native to Britain’s coast and inland waterways.

The consent follows hard on the heels of permission to widen the channel at Marchwood, work which is now underway.

ABP Port Director Southampton, Doug Morrison, said: “This is fantastic news for the long-term future health of the port, for the 12,000 people reliant on it for work and for our customers who can be assured that we will continue to welcome their vessels to the port in the years to come.

“As shipping gets bigger, the port needs to adapt in order to retain its place at the forefront of the industry and to continue to be able to meet our clients’ needs.

“The dredging works are just the latest in a series of investments by ABP in safeguarding the future of the Port of Southampton, including the ongoing work to redevelop the container terminal that is so important to the region’s future economic prospects.” 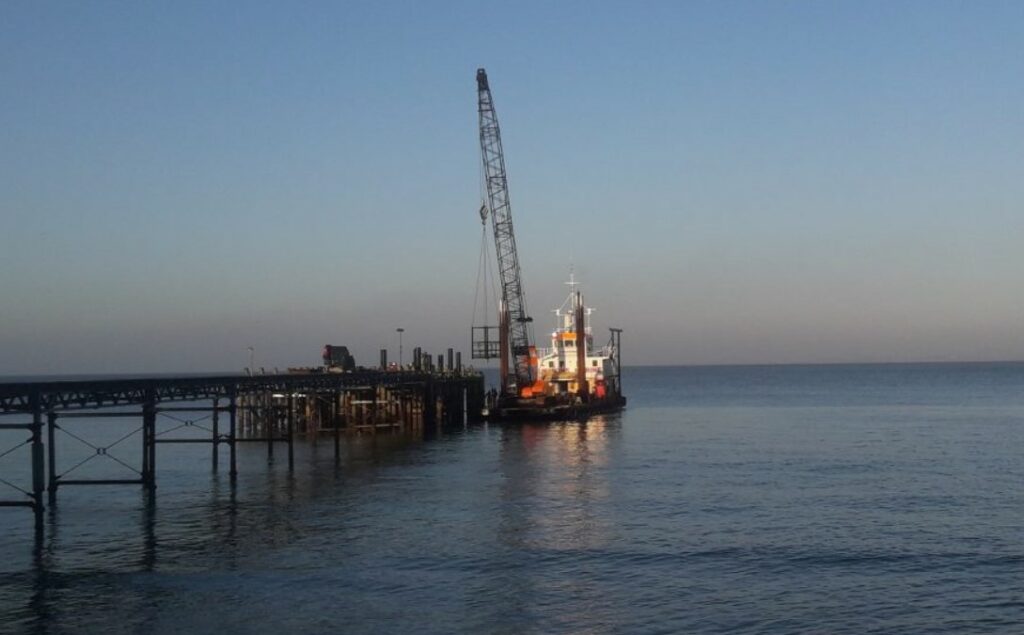