More than four months after Superstorm Sandy devastated parts of the Eastern United States, recovery and reconstruction efforts are far from complete.

And while most of the attention has rightly focused on the need for aid to areas in the Northeast that were devastated by the storm’s landfall, Sandy’s power was so great that its effects were felt as far west as the Great Lakes.

When Sandy reached land in October, it cut a deadly path across the country. More than 120 deaths are blamed on the storm, and Americans will never forget the scenes of devastation in the storm’s wake.

Sandy was not just powerful, it was huge. Hurricane force winds were recorded in an area more than 900 miles across, making it the largest Atlantic Ocean hurricane ever recorded. Sandy’s effects were felt in 24 states, including Michigan. Gale force winds on the Great Lakes drove waves as high as 23 feet on Lake Huron and 22 feet on Lake Michigan. Great Lakes shipping came to a standstill. This pounding of water and winds caused an estimated $17 million in damage to Great Lakes navigation infrastructure, according to the Army Corps of Engineers.

“I supported passage in January of an emergency recovery bill to provide federal assistance for those rebuilding in Sandy’s aftermath – a bill that was long overdue. The need to help residents of New Jersey, New York and the New England states was acute. In addition, I and other lawmakers from Michigan and other Great Lakes states have worked to ensure that we also deal with Sandy’s effects in our region,” stated Senator Carl Levin.

The relief legislation we passed includes $821 million in federal funding to clear navigation channels and repair damage to federal navigation facilities such as harbors, breakwaters and piers. These channels and facilities, maintained by the Army Corps of Engineers, are a vital part of the nation’s infrastructure. Millions of jobs depend on the ability to move goods over the nation’s waters and through its ports – including along the Great Lakes, which transport more than 160 million tons of goods each year. 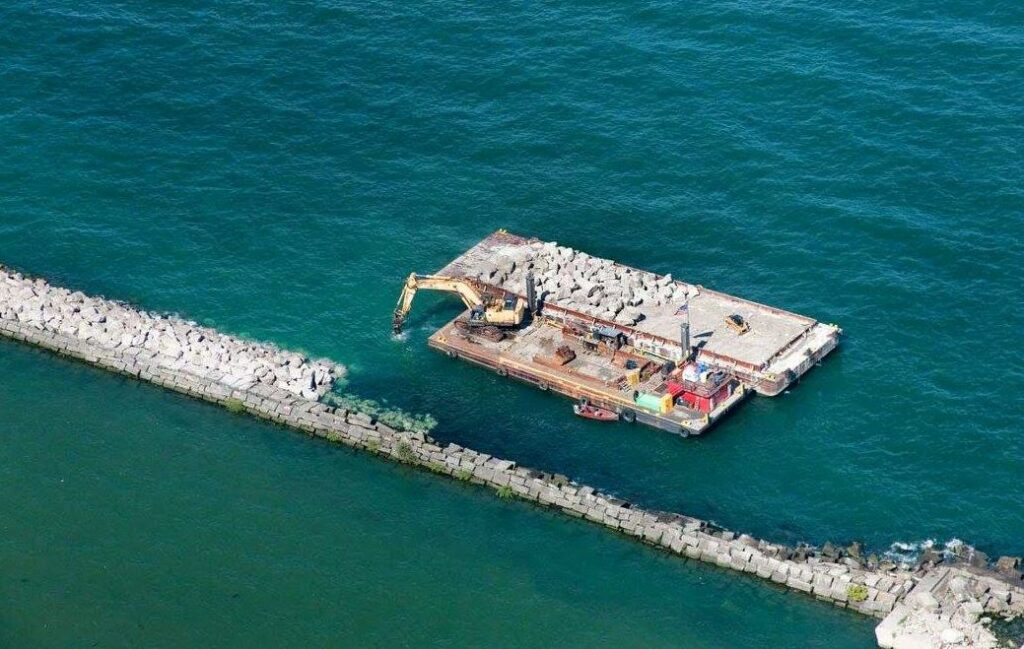