Another Damen CSD250 has been delivered, to Nigeria this time.

The dredger has started creating its own pond, which is to become a major access route to a new industrial park.

The creation of the waterway has already boosted the local economy, as also in Nigeria the waterway transport has the future.

The CSD250 has started creating a canal, which will flow eventually in the Benin River, and through to the Atlantic Ocean. The canal is initiated by Ossiomo Investments, the owner of the industrial park. On the park a fertilizer plant will be constructed, amongst other petrochemical plants. A canal is dredged and an inland port are constructed to facilitate marine transport. The new infrastructure will enable barges to bring in all components to build the fertilizer plant, and when the plant is up and running the finished product – nitrogen fertilizer to boost Sub Saharan crops – can be shipped out easily.

The Damen cutter suction dredger, type CSD250, has been delivered as a complete dredging package, including floating and land HDPE pipe lines, spares, a small boat and commissioning and training on site. The small dredger was able to reach the site due to its modular design – all elements were packed in 40” containers – and its limited total weight of 30 tons. The dredger has started in an very shallow pond, and is to create a canal of 5.5 m depth, 21 m width and some 1.5 km long, plus an inland port of 500 m square. The Damen dredge pump does some 1,000 m3/h of mixture. The cutter suction dredger has a total installed diesel power of 254 kW. As customized optionals a sun roof and propulsion have been delivered. The dredge master was trained at the DDE yard in Nijkerk, and the full crew has been trained on site by Damen Field Engineers.

All containers used for shipping the cutter suction dredger and its discharge pipe line have been put to another good use : they have been converted into offices and living quarters. The building site has been cleared and the offices have been erected in a mere 2 months time. The initiative has triggered other local actions. The sand extracted from the canal-to-be is already sold locally to the building industry. In the region the production of palm oil is abundant, yet transport of the produce was problematic. Once the canal is finished with quays and jetties as planned, other commodities produced locally such as palm oil can also be shipped using the newly built inland port.

The project is another example of how a Damen cutter suction dredgers such as the CSD250 can contribute to the creation of infrastructure in remote locations. The dredger will make the area accessible for the builders and for local manufacturers. The economic activities have already created many jobs and will continue to do so in the near future. Another example that transport using waterways is vital for any countries growth. 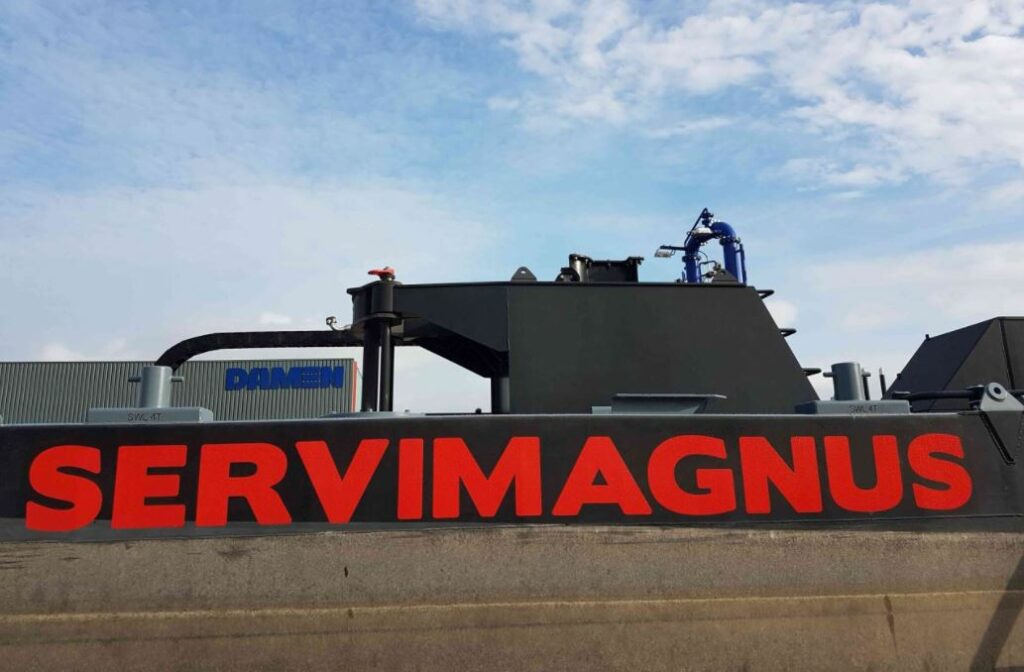