With the completion in late May of “Reach D”, an 11-mile stretch of the Delaware River’s main shipping channel in Delaware, the Delaware River Main Channel Deepening Project is now about 60 percent complete, reported officials of the Philadelphia Regional Port Authority (PRPA) this week.

The deepening project, funded by both the federal government and its local sponsor, PRPA, will ultimately deepen 102 miles of the Delaware River shipping channel to 45 feet.

“After years of discussions and hurdles, it’s wonderful to finally see steady progress on this critical project,” said PRPA Chairman Charles G. Kopp. “A deeper shipping channel will allow us to welcome a wider variety of cargo vessels to the Port of Philadelphia. Other ports are also deepening their channels, and it is so important that we do so, as well.”

Since the first dredge vessel began work in spring of 2010, “Reach C” (12 miles); a 4-mile stretch of “Reach B”; and most of the 11 miles comprising “Reach A” have already been completed.

The Delaware River Main-Channel Deepening Project is being performed by the U.S. Army Corps of Engineers in partnership with PRPA and private dredging contractors that it selects through a public bidding process. During the course of the “Reach D” phase, which was performed without incident, about 1 million cubic yards of dredged material was removed and deposited at the U.S. Army Corps of Engineers Artificial Island disposal site in New Jersey.

With the exception of some boulders and cobbles that are to be removed, Reach D is now essentially complete, said Lisa Urban Magee, PRPA’s Director of Special Projects and the agency’s chief environmental engineer.

Pennsylvania Governors Tom Corbett and, before him, Edward G. Rendell, have been staunch supporters of the project, assuring that PRPA has had sufficient funding for its share of the deepening. PRPA is an independent state agency of the Commonwealth of Pennsylvania.

PRPA is now working with its allies, including Gov. Corbett and state and federal officials from both Pennsylvania and Delaware, to secure the remaining funding needed to complete the project. The next portion of the project, lower “Reach E” in the Delaware Bay, has recently been advertised and is scheduled for award this summer.

The expansion of the Panama Canal in 2015 is expected to greatly increase shipping traffic along the U.S. East Coast, one of the major reasons PRPA, and many other East Coast ports, are deepening their channels. This increased cargo traffic will bring vessels that are larger, with deeper drafts, to our region.

The Delaware River Main Channel Deepening Project will not only serve PRPA facilities at the Port of Philadelphia, but many other public and private maritime facilities along the Delaware River in Pennsylvania, New Jersey, and Delaware. Numerous studies have demonstrated that a deeper Delaware River, in addition to protecting existing market share, will substantially expand jobs and economic impact for the regional maritime industry and the related industries that support it.

The Philadelphia Regional Port Authority (PRPA) is an independent agency of the Commonwealth of Pennsylvania charged with the management, maintenance, marketing, and promotion of publicly-owned port facilities along the Delaware River in Philadelphia, as well as strategic planning throughout the port district. PRPA works with its terminal operators to modernize, expand, and improve its facilities, and to market those facilities to prospective port users. Port cargoes and the activities they generate are responsible for thousands of direct and indirect jobs in the Philadelphia area and throughout Pennsylvania.

Attached photograph: A dredge vessel works to deepen the Delaware River’s main channel during the early phases of the Delaware River Main Channel Deepening Project. With the completion of “Reach D”, the project is now 60 percent complete. 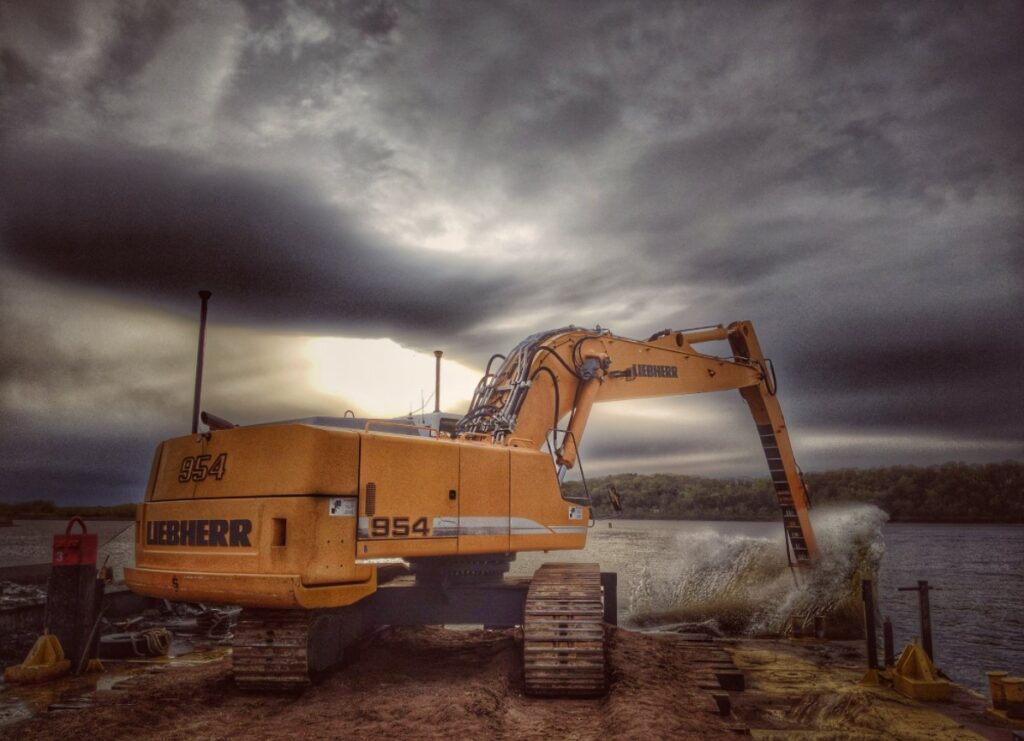