Subsea vehicle designer and manufacturer SMD were awarded the contract to build the world’s first deep sea mining tools for Nautilus Minerals in 2007. The contract included three subsea mining machines with the associated control and launch and recovery systems.

Tuesday, 2nd July, saw the first major milestone in the production of the mining vehicles with the arrival of the chassis of the Bulk Cutter (BC) at SMD’s main production facility in Wallsend. The chassis, which was fabricated by Davy Markham in Sheffield, was delivered complete with double ended drive tracks which were manufactured by Caterpillar in Italy. The Bulk Cutter is the heaviest of the three vehicles, weighing 310 Tonnes when fully assembled; the chassis weighs 70 Tonnes.

Nautilus intends to use the vehicles at its first project, known as Solwara 1, off the coast of Papua New Guinea in approximately 1600m of water.

Land based mineral deposits are being depleted at an increasing rate as developing economies grow, creating an undeniable opportunity for subsea mining. Most of the recent land discoveries of copper deposits yield ore grades of less than 2%, while Nautilus’ Solwara site offers ore grades up to 7%. In addition to the increased ore grade, sea floor resources lie on or very close to the sea bed, unlike land based deposits which require removal of large expanses of overburden.

The excavation and collection has been split into three individual tasks which will each be carried out by a different vehicle. The Auxiliary Cutter is designed as the pioneering machine which prepares the rugged sea bed for the more powerful Bulk Cutter. These two machines gather the excavated material; the third vehicle, the Collection Machine will collect the cut material by drawing it in as seawater slurry with internal pumps and pushing it thought a flexible pipe to the production ship via a subsea pump and riser system.

The Bulk Cutter has a large traverse excavating drum with just under one megawatt of electrically driven cutting power. As well as the three vehicles, SMD is providing the large launch and recovery ‘A’ frame and winch systems to allow deployment from the production ship.

After arrival in SMD’s production facility, assembly, commissioning and factory testing of the Bulk Cutter will continue through to November 2013.

SMD’s Lorna Doxsey (Nautilus Project Director) commented: “This is a first of type in sub-sea mining and demonstrates SMD’s ongoing innovative approach to engineering excellence. Working closely with the Client, Nautilus Minerals, SMD has achieved design close-out for this unique equipment for sub-sea mining. With phase 1 fabrication completed, we now embark on phase 2. This moves the tracked chassis through assembly and factory acceptance tests, before continuing through pre-delivery testing to demonstrate operational compliance. The BC will be followed by the Auxiliary Cutter and Collection Machine. Thanks to all involved to date and here’s to delivery of the successfully completed suite of machines.” 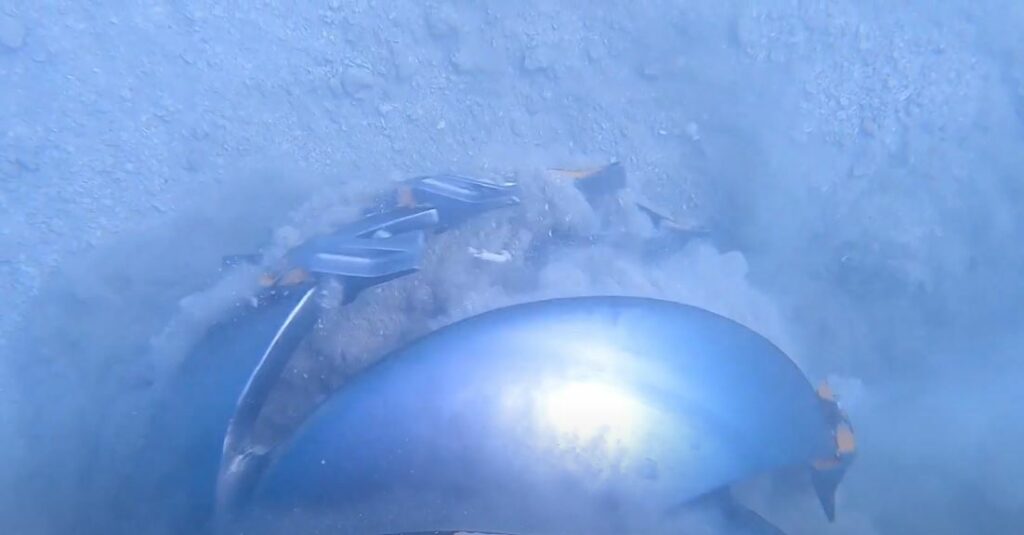