President Dr Mohamed Waheed inaugurated the Hulhumale Terminal last month. Speaking at the function, the President said that it was one of the government’s highest priorities to provide the people of Hulhumale with all basic facilities, considering its high population and the fast development rate.

In his speech, the President noted that the port opened today would bring vast progress to Hulhumale, and that it would in turn be beneficial to all merchants, industrial companies and the government as well. Similarly, the President expressed his hopes that distribution of products manufactured in Hulhumale, to other parts of the country, and exportation of those products would be made much easier in the future.

The President noted the advantages of a seaport being adjacent to an airport, underlining that the port opened was joined by land to the main international airport of the country. He said that this would enable the Hulhumale commercial harbor to be especially advantageous.

Waheed said that the Hulhumale Port would open up more opportunities and would increase the numbers of imported goods via sea and air transfer, and said that it would also contribute to the future development of Hulhumale.

Hulhumale is the most ambitious and striving land reclamation and urban development project undertaken by the Government of Maldives to date. The perception for the development and expansion of Hulhumale was envisioned as a significant step in improving the quality and eminence of life of the population and revitalizing the Maldivian economy.

It is also with the intention to serve as an effective solution to the mounting problems of congestion within the capital region as well as a resource to facilitate and assist the continual growth of the country’s two dominant economic sectors, fisheries and tourism. 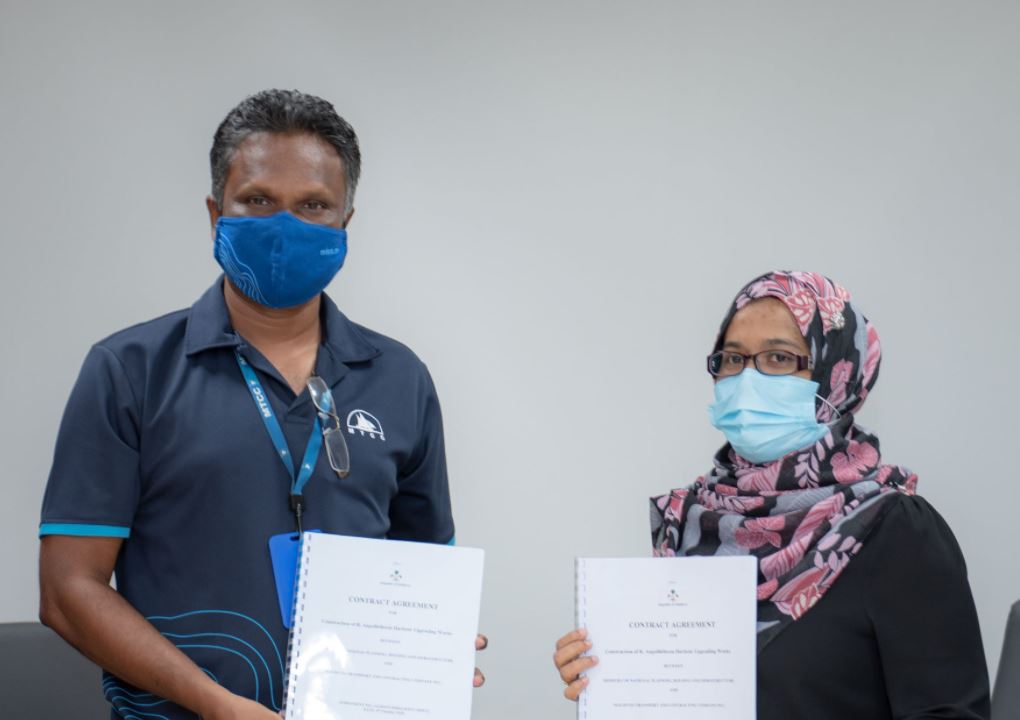