The estimated sand placement schedule and locations are as follows:

The Board of County Commissioners approved funding for a full scale dune restoration project in the Mid Reach. In the South Beaches, a reduced scale project will be built only in the most severely eroded areas. 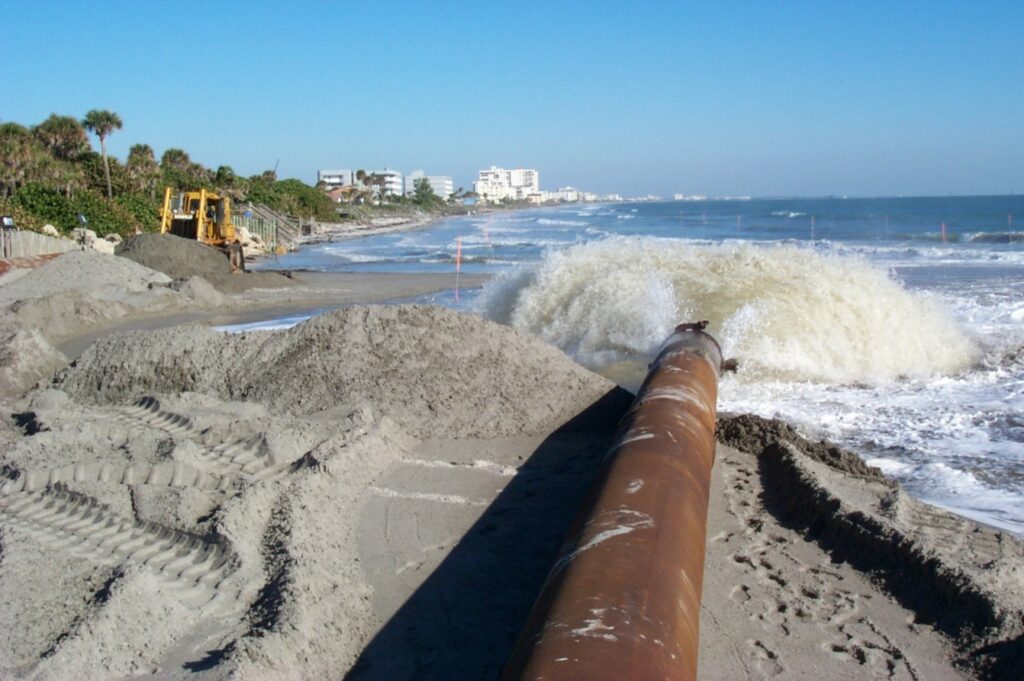