Baoshan, the heart of which is the Wusongkou International Cruise Terminal, is developing its own cruise industry, in a move to pour new vitality into the transformation and development of Binjiang New Area.

In September of this year, the Ministry of Transport of China and the Municipal Government of Shanghai jointly published their opinions concerning the implementation of the Overall Scheme for the China (Shanghai) Pilot Free Trade Zone as a means to accelerate the establishment of the Shanghai International Shipping Center. In the document the two authorities mentioned for the first time that they encourage the development of the cruise industry and support the establishment of a port of call for cruise ships in Shanghai.

At the same time, policies such as “allowing the establishment of bonded exhibition and trade platforms in certain areas” clearly specified in the Overall Scheme for the China (Shanghai) Pilot Free Trade Zone can be applied to Binjiang New Area in Baoshan, allowing the area to set up duty-free showrooms and trade centers specially for cruise ship passengers and maximizing on the revenue opportunities presented by the passenger traffic from the cruise ships by driving consumption. Baoshan aims to become the flagship cruise terminal in China and even in Asia, by proactively connecting to the Free Trade Zone, by furnishing all the services necessary for a cruise ship’s port of call as well as by building out the infrastructure needed to encourage cruise companies to choose Baoshan for their headquarters.

The district plans to actively develop ancillary markets related to the cruise industry and attract cruise liner, yacht and pleasure-boat firms whose main businesses are the offering of cruise-related services. Ultimately Baoshan intends to expand the definition of what is meant by “cruise industry”, by making Binjiang the pioneer in the development of the industry in China, so that the area can rightfully become known as the “Long Beach of Shanghai” and serve as the beachhead for the development of the sector across China and even Asia.

The district will also explore the best ways to set up convenient customs clearance facilities in the demonstration area, including 48-hour visa-free transit and the set-up of duty-free shops and refund offices within the area. As for routes, in addition to routes to Japan and South Korea in Northeast Asia and to Hong Kong in Southeast Asia, in the future, universal long-haul routes and routes to Europe and the United States will be launched from Wusongkou terminal. Wang Hong, secretary of the CPC Shanghai Baoshan District Committee, said Baoshan is actively seeking to become a core part of Greater Shanghai in line with Shanghai’s urban development planning.

The Wusongkou Interational Cruise Terminal was approved for trial operation on March 1, 2012. The design of the terminal calls for 1,500 meters of frontage facing the water, including two large cruise ship berths which have already been completed as part of the 774 meters of frontage that were part of the first phase of the project. The two berths can simultaneously accommodate two 200,000 tonnage cruise ships. A 514-meter approach bridge connects the terminal with its rear clearance platform.

The 23,000-square meter terminal with an annual passenger throughput of 608,000 people provides comprehensive entry and exit facilities for tourists, including the passenger terminal, boarding corridor and boarding equipment and other supporting passenger service facilities. The second phase will add two more berths and extends the terminal by 736 meters to address the berthing demands of two large cruise ships. The Wusongkou International Cruise Terminal is the largest specialized cruise terminal in terms of capabilities, the size of cruise ships served and passenger traffic. By 2014, the terminal is expected to serve 239 cruise ships and 1.15 million passengers.

In September 2012, the National Tourism Administration of China approved the establishment of the country’s first “Chinese Cruise Tourism Development Pilot Area” in Baoshan. The Shanghai Wusongkou International Cruise Terminal not only improves Shanghai’s capabilities in serving large cruise ships, but also marks a milestone in the country’s evolving cruise industry. With support from Shanghai’s municipal authorities, Baoshan district is planning for the expansion of the Shanghai Wusongkou International Cruise Terminal, undertaking discussions concerning the housing of the Queen Elizabeth II cruise hotel in Wusongkou, planning the layout of a yacht marina and developing offshore cruise routes.

In addition, a new strategic plan for the development of the riverside region including the Shanghai International Port Group Riverside City, Lingdian Plaza, the integration of ports at three islands in the Chongming Island Region and the Riverside Avenue projects has been prepared, paving the way for a new chapter in the development of what will eventually be a “Cruise City”.

Baoshan district Chief Fang Shizhong said the cruise industry acts as a strong engine to power the 12th Five-Year Plan and the Baoshan district will leverage its local resources and international presence to develop a new roadmap for enhancing the development of the industry, turning what is now simply a “cruise wharf” into a “cruise terminal” and, eventually, into a “Cruise City”. 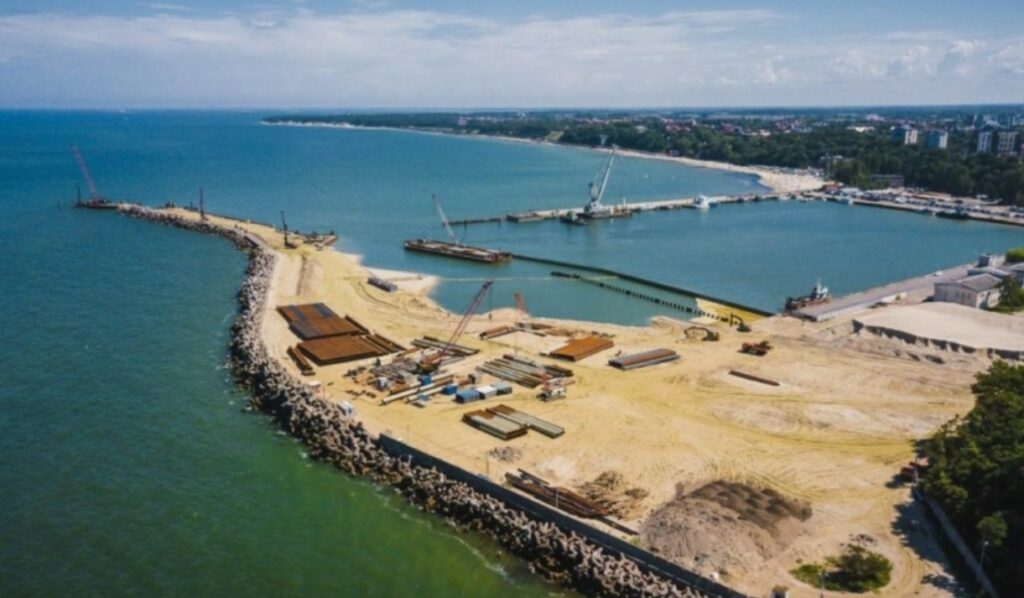