Cleanup crews for the Washington Department of Ecology will begin removing contamination from the bottom of Lake Union at Northlake Shipyard in Seattle later this month.

Redside Construction of Port Gamble plans to begin preparing the site at 1441 N. Northlake Way as early as today. Dredging is expected to begin in early December.

Northlake Shipyard established a trust fund that now contains $1.5 million for the cleanup, under a 1994 legal agreement with Ecology. The company signed the agreement – called a prospective purchaser consent decree – to address pre-existing contamination when it bought the facility.

The lake bottom along the shipyard contains sandblast grit high in arsenic and other metals. Shipyards today employ sandblasting practices to contain, collect and dispose of wastes.

Contractors will deploy a “silt curtain” around the work area. The curtain, suspended from floats in the 20-foot deep water, will contain silt stirred up by digging the contaminated materials from the lake bottom.

Crews will monitor water quality outside the curtain to ensure that the protective measures perform properly and meet state water-quality requirements.

The dredging project will remove about 8,000 cubic yards of contaminated material from around Northlake Shipyard’s western pier and dry dock areas. The dig will be about two feet deep. Crews will cover the dredged area with six inches of clean sand.

The dredged material will first be placed on a barge to drain water. Every two to three days trucks will take the material to a licensed solid waste facility. This will generate 20 to 30 truck trips on North Northlake Way over the expected three-month length of the project. 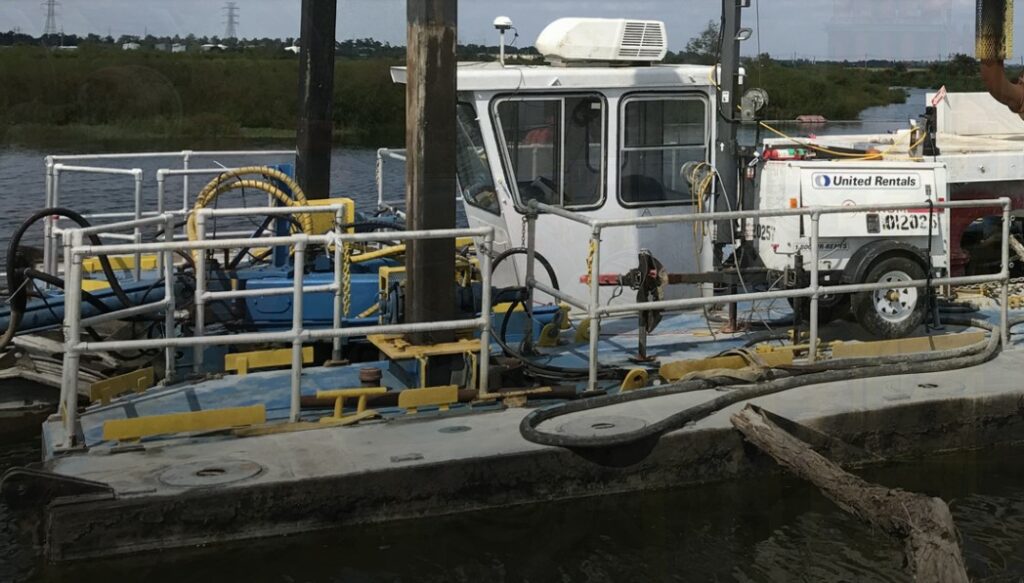