The Port of Kiel successfully maintained its sound handling result in 2013. With a performance of 6.32 million tons the result for the previous year was even slightly surpassed by 12,000 tons resp. 0.2 %.

The ferry lines form the backbone of the port’s business, rising up to 5.1 million tons (plus 1.3 %) and thereby making up more than 80 % of the total handling rate. The biggest increase was achieved by Stena Line on its route Kiel-Gothenburg, while DFDS Seaways features the highest transport volume. The development of Kiel’s rail/ship intermodal handling business was outstanding, increasing by 14.7 % to nearly 24,000 cargo units. At the beginning of February 2014, the portfolio will be extended once again by a direct train link between Kiel and Duisburg.

Dr Dirk Claus, Managing Director at SEEHAFEN KIEL GmbH & Co. KG, said: “The market environment is not all that easy, however, we have successfully maintained the high handling level at the port of Kiel. New rail freight services and an improved handling technology led to a growth surge in intermodal transport.”

Handling bulk goods also turned out positive, increasing by 0.6 % to a total of 1.2 million tons.

For the port of Kiel, the year 2013 was particularly marked by the extension of the cargo and logistic capacities in Ostuferhafen. Important measures were completed in time, i.e. taking into operation a scanning gate, Yard-IT, a new gantry crane as well as a fourth warehouse. Furthermore, Berth No. 1 was revamped and newly equipped with a refurbished ro-ro ramp.

Dirk Claus said: “While we focused on optimizing Ostuferhafen last year, we will now concentrate on expanding this part of the harbour by integrating an adjacent industrial area. It is our aim to strengthen our market leadership in ro-ro transport to the Baltic States.”

Supported by the state of Schleswig-Holstein, Port of Kiel will invest approx. 10 million Euro into Ostuferhafen. After the project approval procedure was completed in December, the actual expansion is now about to begin. There will be 5 more hectares of premises available by the end of the year.

Leap of growth in intermodal handling

In 2013 it was the very first time that almost 24,000 cargo units were transshipped by rail at the intermodal handling terminals of Ostuferhafen and Schwedenkai together. This corresponds to a surplus of 14.7 % compared to the same period last year. Looking at the total number of trailers and containers handled in the port, it is 1/5 that was loaded onto trains for further transport. Dirk Claus said: “Kiel’s hinterland transport is still dominated by lorries. At the same time, however, intermodal rail handling is continuously gaining importance.”

In order to handle the growing volumes in time, PORT OF KIEL invested into new handling technology. Where intermodal handling was previously done by Reach Stackers, a powerful gantry crane with high loading speed has taken over in Ostuferhafen since last summer. A comparable device will follow for Schwedenkai this year.

Currently, Kiel is linked by a daily intermodal shuttle to Hamburg-Billwerder, offering connections to many national destinations being reached overnight. In addition, a direct train between Kiel and Verona in northern Italy operates twice a week since October 2012, avoiding Alpine transit on the road. Now Kiel is getting another block train connection for intermodal transport with the beginning of this year. As from February 3, a combined transport train will operate directly between the port of Kiel and Duisburg-Ruhrort three times a week. This means that Kiel can be reached by rail more rapidly and directly from the Ruhr area for the very first time. The operator of this connection is Kombiverkehr KG, Frankfurt, serving Kiel’s Ostuferhafen as well as the terminal at Schwedenkai.

In total, Kiel saw 128 calls by 22 different cruise ships with a combined tonnage of 7.8 million GT in 2013. More than 363,000 passengers embarked or disembarked. Both the total tonnage (plus 6 %) and the number of passengers (plus 4 %) exceeded last year’s results. In order to relieve the terminal Ostseekai which is highly booked at summer weekends, ships were handled at the newly revamped Berth No. 1 in Ostuferhafen for the first time. A water depth of 10m was created along the entire 400 metre quayside, extensive fendering suitable for passenger ships was installed and a new gangway erected.

After the berth was refurbished, construction work for a new cruise passenger pavilion has begun which will be located at the front side of Warehouse 2. When this part is finished, Ostuferhafen also offers the opportunity of passenger turnaround equal to the quality provided at Ostseekai. In Ostufer-hafen, ships of a length of over 300 m and up to 4,000 passengers are accepted. The premiere will take place on 2 June 2014, when the “Costa Pacifica” is expected at Berth No. 1. Dirk Claus: ”With the new terminal berth in Ostuferhafen we have developed the necessary capacity in order to increase the number of cruise ship calls to 150 in the medium-term.”

For the season 2014, PORT OF KIEL has 126 registrations by 22 different cruise ships. The most frequent guest will be the “AIDAcara” opening the season on 5 April 2014. The biggest ship expected is the “Costa Pacifica” which will tie up 12 times – more often than ever. Hapag-Lloyds new “Europa 2” will premiere in Kiel on June 11. As soon as 26 May 2014, the brand new “Mein Schiff 3” by TUI Cruises can be admired on the Kiel Fjord. Futher highlights of the season are the eleven days where three cruise ships will berth in the port at the same time as well as the Kiel Week. During the Kiel Week from June 21 – 29, no less than 16 cruise ship calls are expected, among them the “Adonia” by P& O Cruises. 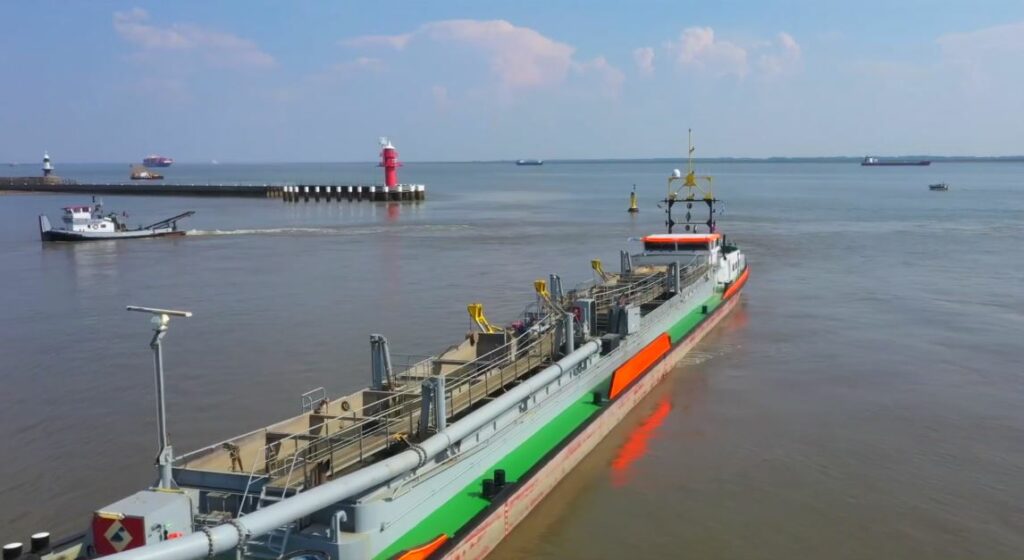