This month, Maritime Craft Services (MCS) took delivery of a new Damen Shoalbuster 2609. Damen has delivered numerous Crew Transfer Vessels, Multicats, and Shoalbusters to MCS – the two companies have a long-standing relationship. What is notable, however, about this latest delivery is the incredibly short delivery time involved.

“Such a fast delivery time demonstrates the trust that Damen and MCS have with each other,” explains Mr Van Woerkum. “We had the vessel in stock, so it was a case of getting the classification organised. Between Damen and MCS, a handshake means a lot.”

“The fast delivery was very important to us,” comments Mr Kuijt. “This wouldn’t have been possible without such a good relationship with Damen.”

The Shoalbuster 2609, named MCS Rosie, has a couple of minor modifications to the standard design. Her 32t bollard pull is slightly more powerful than the standard design due to her increased engine capacity. There were also alterations made to the deck crane.

The 26 metre long MCS Rosie is currently in Abu Dhabi, already preparing for her first job in Qatar providing support services to the dredging industry. 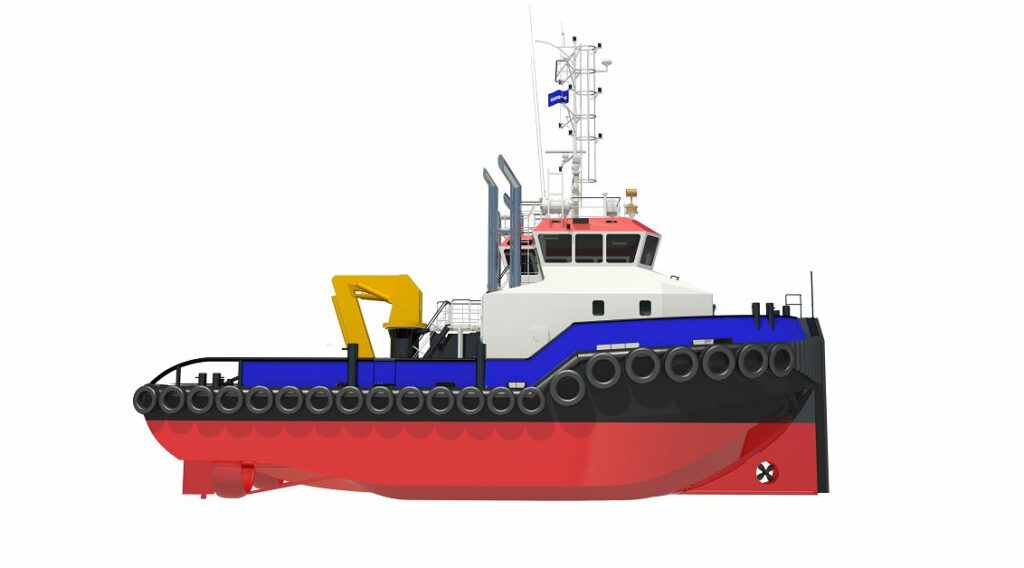