In another landmark event, the biggest ever vessel to call at the DP World operated Saigon Premier Container Terminal (SPCT) in Ho Chi Minh City, Vietnam, arrived this week.

The Soai Rap channel has made SPCT the deepest Ho Chi Minh City (HCMC) port, halving steaming time to two hours, saving on pilotage and bunker fuel. With a draft of 9.5 metres and a tidal rise of up to 3.4 metres, the channel has doubled the size of vessels that can access SPCT, allowing panamax vessels such as Northern Genius to safely berth just 15kms from the city.

The arrival this week follows the first vessel to navigate the new channel, the MSC Xutra Bhum in April and confirms the ability of SPCT to handle vessels of 50,000 dwt and 5,000 TEU capacity.

DP World Senior Vice President and Managing Director, Asia Pacific Region, Rashid Abdulla, said: “The arrival of the Northern Genius so soon after the Xutra Bhum confirms the importance of SPCT in providing a vital trade route for the Vietnamese economy through the newly dredged Soai Rap River channel. It underlines the opportunities now available for customers allowing cargo to be moved more efficiently on the doorstep of the capital city.”

Ho Chi Minh City Department of Transport Director, Tat Thanh Cang, said: “The new Soai Rap channel benefits the south of Vietnam boosting development of surrounding areas, providing business opportunities, access to overseas markets and creating jobs for local people. The arrival of this vessel shows industry interest in this important trade route and the capacity of SPCT to handle larger vessels than ever before.”

The DP World operated container terminal is located along the western shore of the Soai Rap River on 23 hectares in the Hiep Phuoc Industrial Park, beginning operations in October 2009.

Phase 1 of the development has two berths and storage capacity for up to 15,000 TEU at a time including 650 refrigerated container slots. In addition, there are no night time restrictions. SPCT is a joint venture between DP World and the Tan Thiuan Industrial Promotion Company (IPC) – a Vietnamese state owned company. 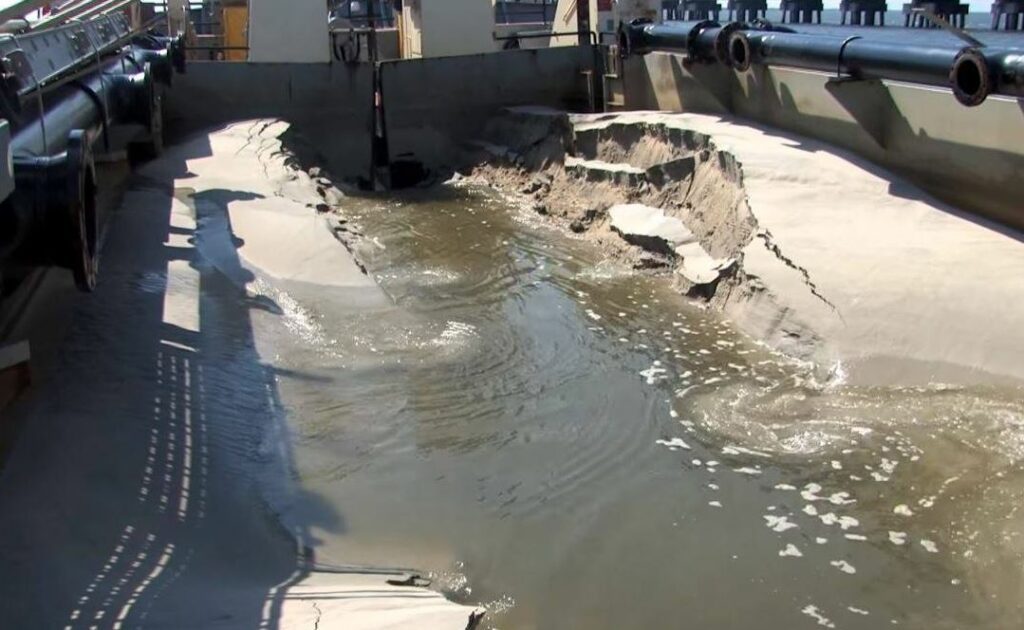