During the winter storms of 2013/14, areas of revetment along Southsea Seafront sustained significant damage.

The contract for repair was awarded to Colas Ltd, under the Coastal Engineering Minor Works Framework.

During the storm period, some of the existing stone was displaced. New stone was placed in areas where some has been lost.

In addition there will be enhancements made to improve the durability of the repaired areas in future storm periods. 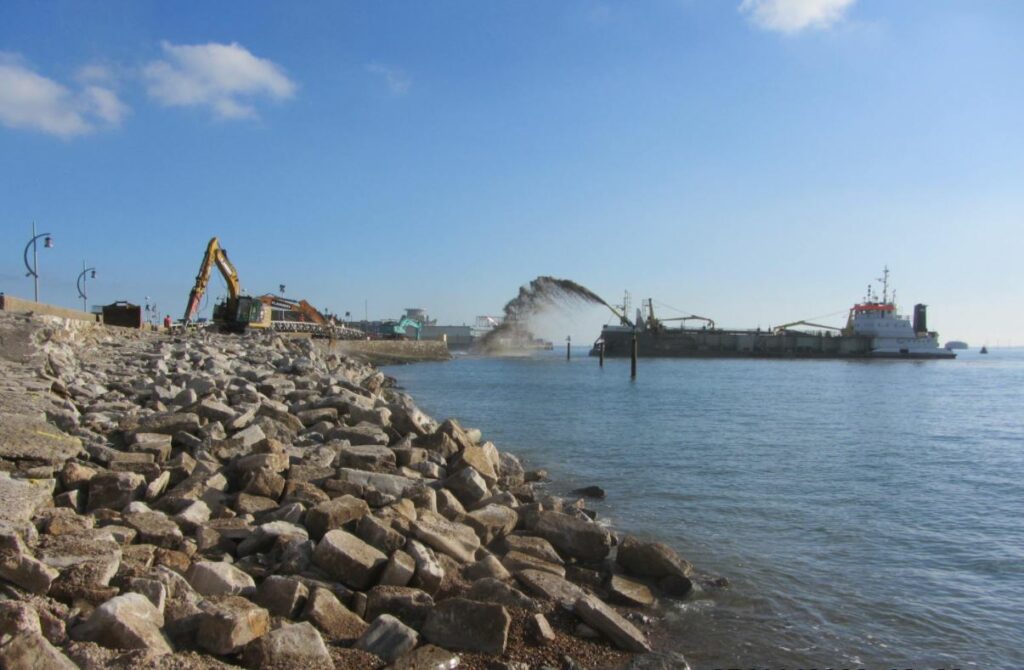