Currently averaging a depth of 9 to 10 feet, the maintenance dredging of approximately 300,000 cubic yards of material out of the federal channel will bring the channel to its authorized depth of 12 feet and provide for safer navigation along the waterway. The IWW Indian River Reach 1 begins a half-mile north of the Indian River County line and extends south for eight miles.

Dredging within this reach of the IWW will also provide significant secondary environmental benefits by removing muck from the navigation channel, said project manager Shelley Trulock. Muck is a combination of fine sand and decayed organic material that, when stirred, clouds the water and reduces sunlight which is vital to the health of this aquatic environment.

The Corps awarded the contract September 17 for $6 million to Cavache, Inc., of Pompano Beach, Fla. Cavache will begin mobilizing in October, and the contract duration is approximately five months. The project is funded in partnership with the Florida Inland Navigation District, which contributed 70 percent of the cost, and the Corps of Engineers, which funded 30 percent.

Cavache will place the dredged material in Dredge Material Management Area IR2, located east of U.S. Highway 1 and west of the Intracoastal Waterway in Indian River County. Regrettably, the material is not suitable for beach placement.

The Corps asks the public to use caution in the channel during dredging operations and for local residents to be patient with the temporary construction noise as the project progresses. 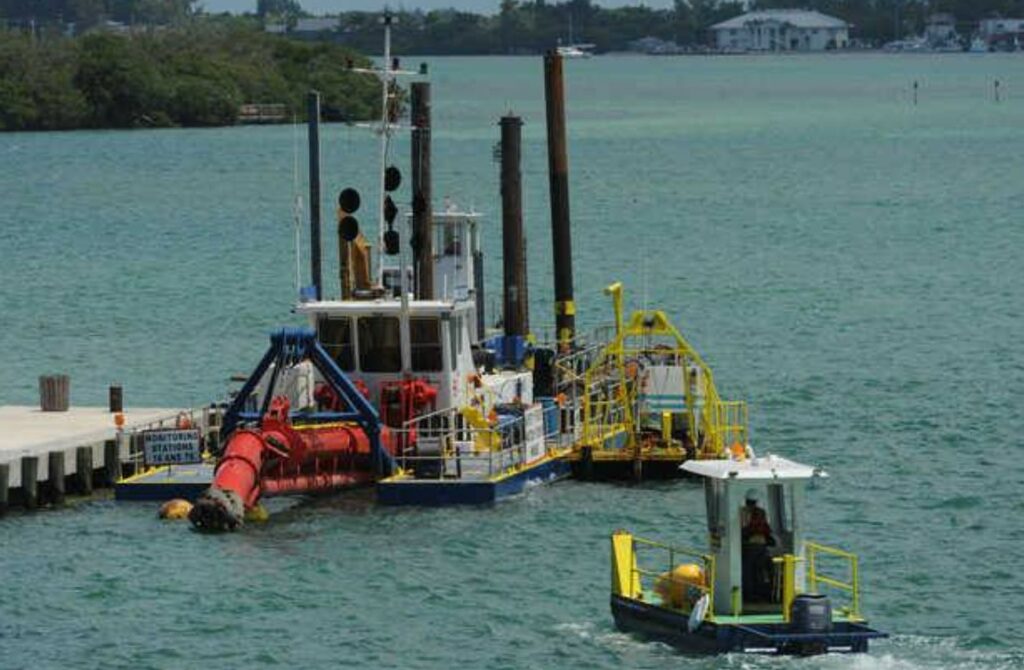