Working on behalf of the Environment Agency, Team Van Oord (TVO) is pioneering an alternative method of repairing damaged riverbanks which is new to the UK, but has been used in Japan for many years.

The Kyowa Filter Unit is designed to give protection from scour damage to riverbanks, shorelines, bridges and other structures, while at the same time benefiting the surrounding environment. The unit comprises mesh net and rocks, and creates the ideal environment for small fish and plants to live in the interspace within it.

The system has recently been deployed by TVO on a scheme of works on the lower reaches of the River Mole in Surrey. High water levels, with accompanying high flows, resulted in erosion to the riverbank at several locations, which in turn led to bank slippages.

TVO carried out a survey of the areas where these failures had occurred, and a 3D render was used to model possible solutions. The project team designed, priced and programmed a temporary scour protection solution which consisted of stacking two-tonne Kyowa Filter Units in the voids.

Terry Gretton, TVO project manager for the scheme, said: “The Kyowa system is faster and cheaper than piling, and easier to install than gabions as the units can be placed without the need for specialist equipment. It is also ideal for filling irregular gaps.”

“There is also a lower risk of sediment and less noise and pollution, and the units can be covered with topsoil for planting. While we are still monitoring the scheme on the River Mole, we think there is considerable potential to use it on other schemes in the UK,” added Gretton. 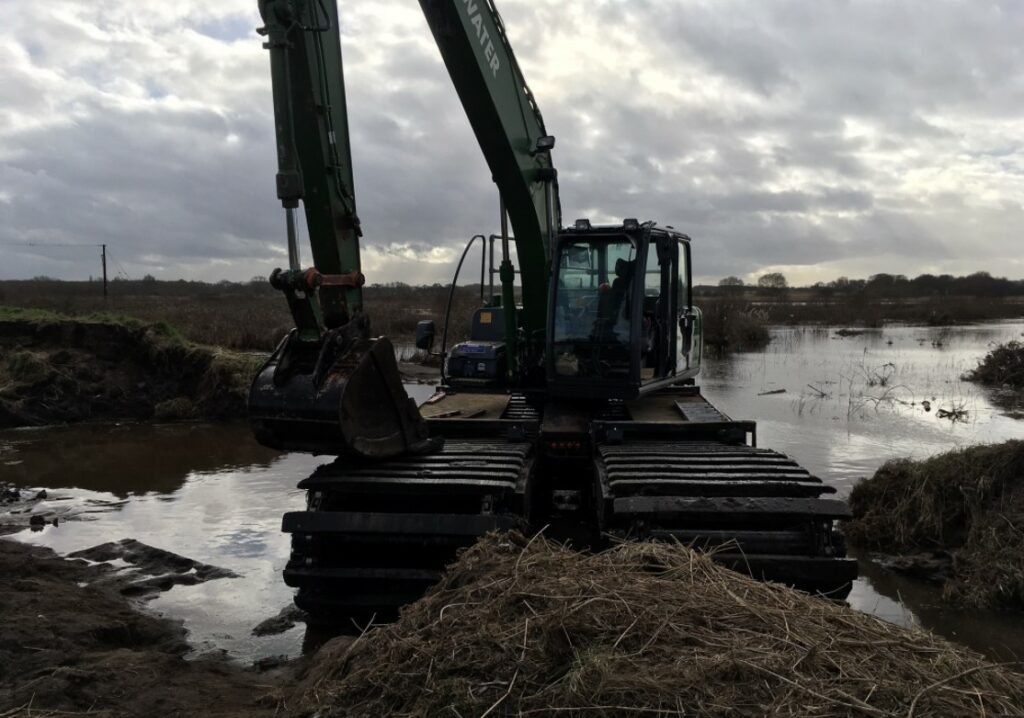