Lake Panorama is the largest private lake in Iowa, with 1,400 acres of lake surface, more than 30 miles of shoreline, 1,000 homes and approximately 200,000 to 300,000 cubic yards of silt to dredge each year. The Barracuda Class Dredge is a swinging ladder dredge that can also be operated conventionally by locking the ladder in place and pivoting on the stern spud, using swing wires and anchors, which increases the cut width and dredging efficiency.

Since 1999, the Lake Panorama Rural Improvement Zone and Lake Panorama Association have partnered to use a DSC Barracuda Class dredge to maintain the depth and health of the lake. The recent upgrade added a booster unit to the operation, as well as more modern technology and equipment.

“We’re in a rural part of the state and this lake does a lot for the local economy during the warmer months, so it’s important that we keep it viable,” said John Rutledge, General Manager of the Lake Panorama Association. “We chose features for the dredge and booster to accommodate the specific sediment removal needs of our river-fed lake. Additionally, hospital grade mufflers were specified to ensure the dredge was not a nuisance to the residents of our community.”

The dredge is kept upstream in a restricted area during the peak lake season, in order to keep the dredge pipe from becoming a hazard in the recreational boating areas. Upstream, the water access is undeveloped and surrounded by marginally effective farmland Lake Panorama either acquires or leases to deposit the silt. For the first 15 years of dredging, Lake Panorama did not require a booster unit because the pipeline transferred spoil to nearby silt retention areas. Over the years, as the association built silt basins farther away from the dredge, the changing pump curve created the need for a booster.

“The addition of a booster station will help keep our operations efficient. We’re pumping around 7,500 feet with 90 feet of head, and the booster provides the necessary head to pump that distance,” said Rutledge.

While the Rural Improvement Zone chose the DSC Barracuda Class dredge as a base unit, it included additional features, which provided a customized dredge specific to its unique application. Customizations included:

·         Magnetic Flow Meter System and Pump Speed Automation, which automatically raise and lower the speed of the Metso Minerals Thomas dredge pump to maintain a steady slurry velocity in the discharge pipeline;

·         Hospital-grade silencers installed on the booster and dredge, which allow the units to be operated at any time of day without disturbing residents;

·         Wireless Radio Telemetry system, which allows two-way control and communication of the barge-mounted booster station by the dredge operator;

·         Solar-Powered Wireless Radio Telemetry Repeater Station, which triangulates the Radio Telemetry System and allows the dredge and booster station to communicate when “line of sight” radio signals are not possible;

·         Vibration sensor on the barge-mounted booster station to detect vibrations caused by an obstruction in the booster station pump impeller, which in turn alerts the dredge operator utilizing the Wireless Radio Telemetry System.

“Having previously owned an older model of the Barracuda, when we started talking about features, we were really impressed with the upgrades that DSC had already incorporated into the newer model,” said Rutledge.

“We ordered our dredge in the fall of 2012, but didn’t need it delivered until the spring of 2014. DSC was very accommodating, and made sure that we had it ready for the 2014 season and that we didn’t need to make changes mid-season,” added Rutledge.

A crew from DSC traveled to Lake Panorama with the delivery of the dredge to assemble it and be available for training on the new features. Lake Panorama also has access to DSC technical assistance directly from the dredge through a wireless connection, which allows DSC to see an issue as it is happening and offer remote troubleshooting guidance. 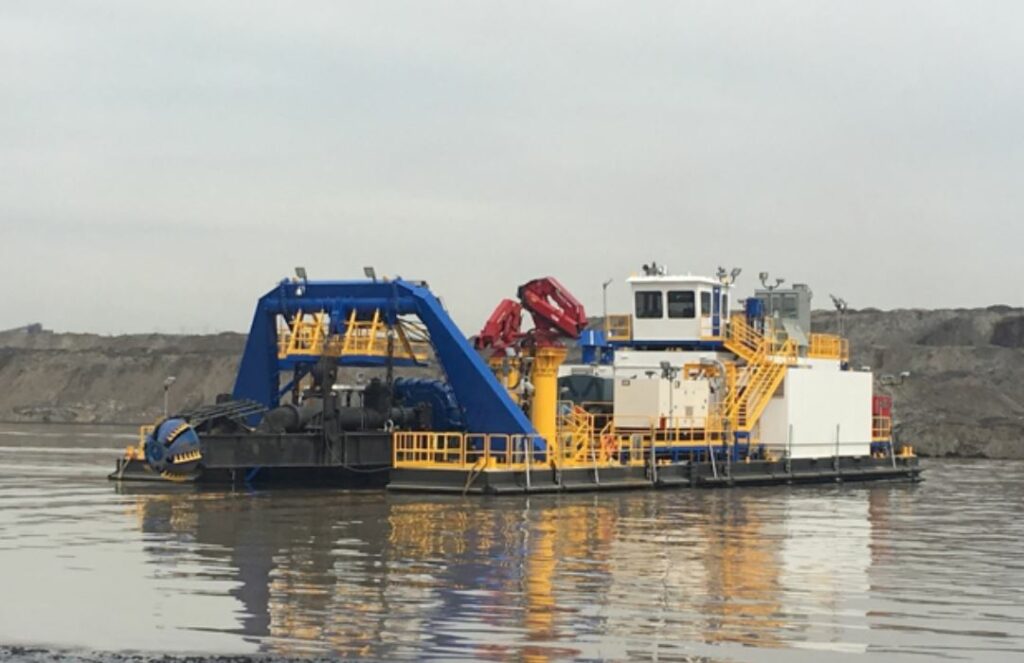