Mill River Cleanup Project in Fairfield, CT, which has been underway since mid-October, is currently in the process of dredging, dewatering the sediment, treating the filtrate water from the dewatering process, and discharging treated water back to the River.

All of the sediment dewatering and water treatment work is occurring at the newly‐constructed facility on Exide’s Post Road property in Fairfield. TRC Environmental Corp is the firm conducting the cleanup work for Exide.

Since the project started a lot of work has been carried out, but let’s go chronologically.

It all began with a a public information meeting that was organized by the project team on October 14th 2014. Since then, the following activities have been conducted:

During this time period several questions and concerns were posed by various individuals with each one receiving special attention to the matter raised. Two items bear further discussion:

In November, TRC and Exide continued to work on the cleanup of lead impacted sediment from the Mill River by using hydraulic dredging. The turbidity meters (yellow buoys with solar panels), turbidity curtains (floating yellow items), and the large orange pipeline that conveys sediment to the Exide property are being moved as dredging progresses in Area V.

A hydraulic dredge specifically designed for the project is being used to remove approximately 27,000 cubic yards of lead impacted sediment from the river.

The dredging activities will continue after a winter season shut down until the completion of sediment removal in 2015. 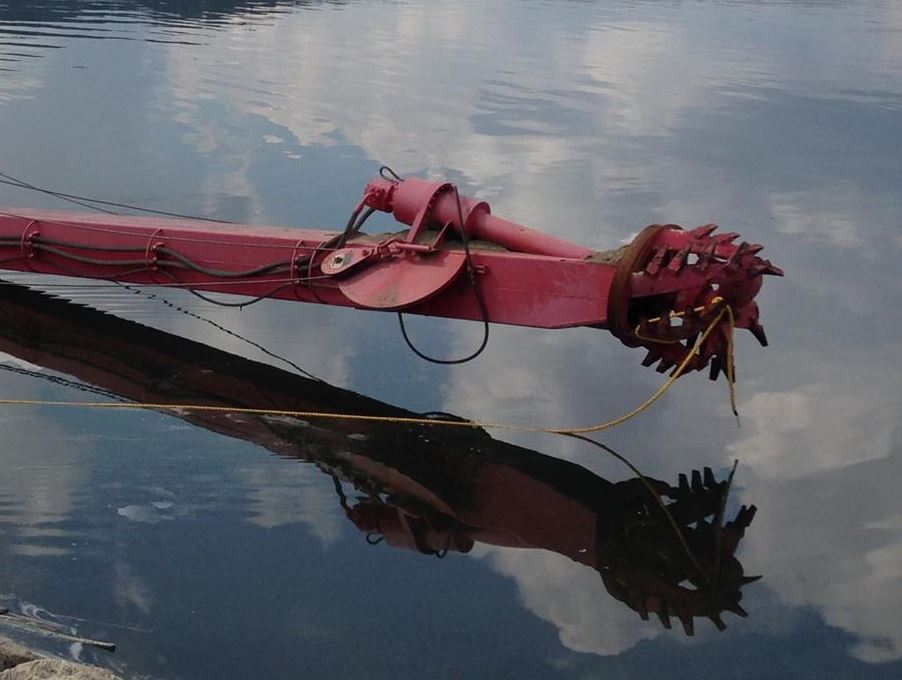