An Israeli contractor has invested in three large Hitachi excavators to supply rocks for extending breakwaters, which will form part of the construction project for two new container terminals at the ports of Haifa and Ashdod.

AD Edan Hadash Earthmoving Contractors Ltd. has purchased two ZX470LCH-5s and a ZX520LCH-5 to join its existing fleet of construction machinery at a 170-hectare site close to Elifelet village and overlooking the Sea of Galilee.

The heavy-duty Hitachi excavators are used to select and extract the stones from a depth of no more than three meters. Once this process has been completed, each area is replenished to its former state.

The different sizes of materials – D rock (one to three tonnes) and C rock (three to six tonnes) – are then determined by checking the weight, size and quality, before being transported to stockpiles for the respective ports.

The site opened in 2013 and the initial order for 200,000 tonnes of rock was completed within eight months. The AD Edan Hadash team is now geared up to supply a capacity of 300,000 tonnes per annum, with a total quantity of between seven and eight million tonnes to be delivered overall. 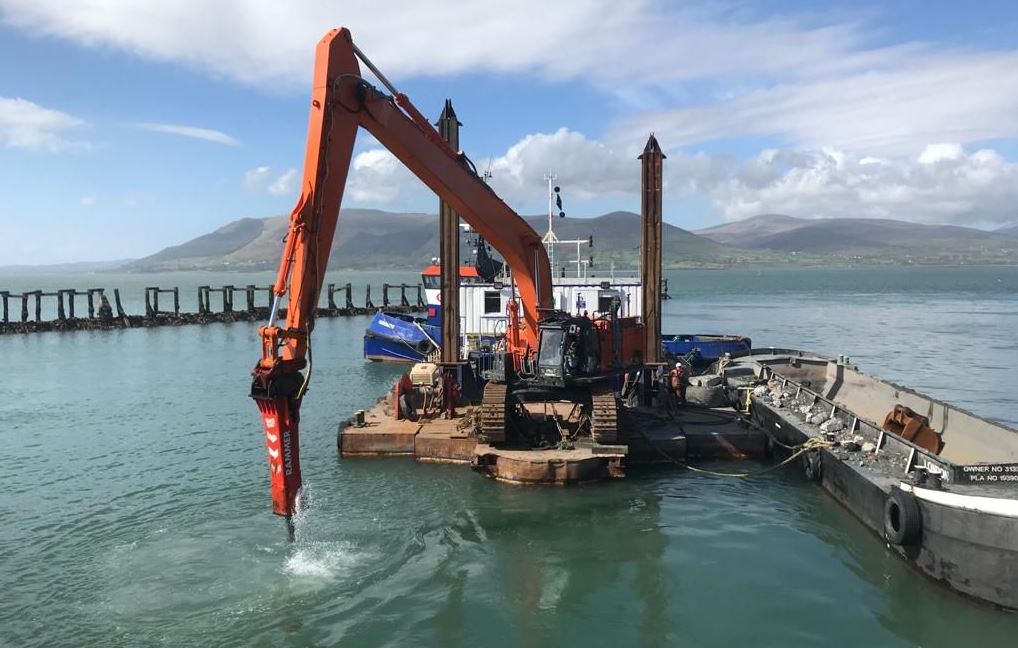