Makai Ocean Engineering, Inc. and the University of Hawaii (UH) have jointly developed a novel autonomous underwater vehicle (AUV) that can effectively deploy seafloor sensing equipment by combining features of a free-swimming AUV and those of a bottom crawling vehicle.

This ‘hybrid’ autonomous underwater vehicle is called the Bottom-Skimming AUV, or B-SAUV. The B-SAUV is propelled by thrusters but can touch, glide along, and interact with the seafloor. The B-SAUV is unique in that it autonomously adjusts its wet weight (by dynamically controlling its buoyancy) in order to control how it interacts with the ocean floor.

Most recently in November 2014, Makai and UH finished a successful at-sea test and demonstration of the complete prototype vehicle. The test validated operation of all critical subsystems and vehicle controls.

The B-SAUV moves through the ocean using its thrusters and operating in three different buoyancy modes:

– Low Buoyancy: the B-SAUV presses on the seafloor with its full wet weight;

– Medium Buoyancy: the B-SAUV lightly ‘skims’ along the bottom at a desired wet weight (to adjust for existing bottom conditions);

– High Buoyancy: the B-SAUV ‘flies’ temporarily above the bottom in the water column in order to overcome obstacles.

The B-SAUV is controlled by a computer hardware and software system that, in addition to autonomously controlling buoyancy, enables it to navigate autonomously to a predefined location and install (and log data from) oceanographic sensors in the seafloor. These sensors are carried as a payload within the body of the B-SAUV and can be used for environmental monitoring or remote sensing.

Makai and UH have been working on the concept, designs, fabrication, and testing of the prototype B-SAUV since 2011. 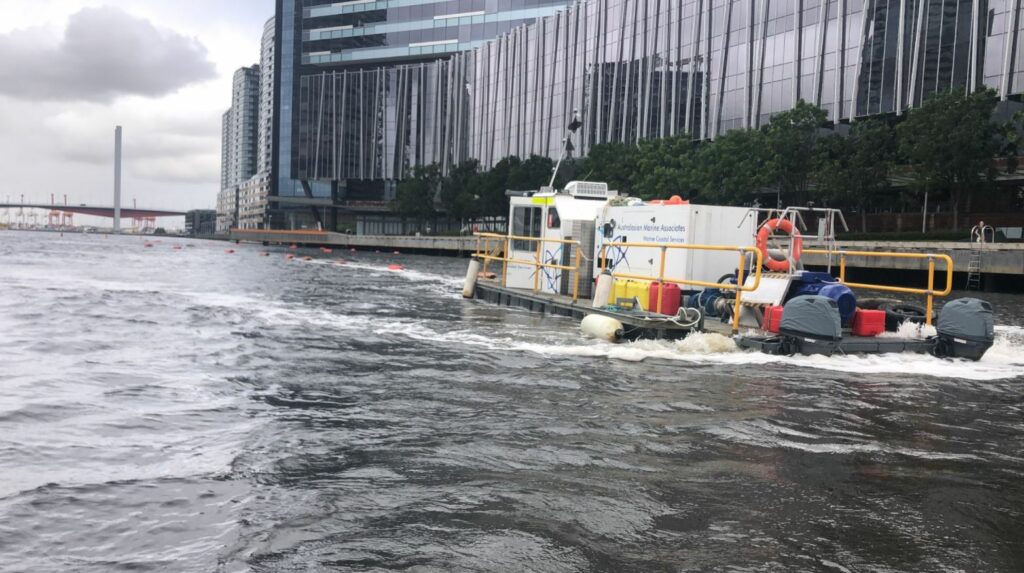