According to the Jay A. Gillian, Ocean City Mayor, the Great Lakes Dredge and Dock Company (GLDD) earlier this week began to use the second landing pipe near 55th Street.

“The contractor is currently pumping sand near 54th Street and moving north. The project will continue north to where they left off near 48th Street,” he said.

During the project, Ocean City will receive approximately 1.6 million cubic yards of sand on approximately 2.6 miles of beach between 36th and 59th Streets.

“They will then pump south from 55th Street to 59th Street. Several of the dune crossovers have been installed along with split rail fencing. Installation of dune fencing will begin next week,” added Mayor Gillian.

For the project, GLDD is using dredge vessel Liberty Island, with a hopper capacity of 5,003 m³. Despite some early setbacks when the dredger was undergoing repairs and the works had to be briefly stopped, the project is on track for completion in July. 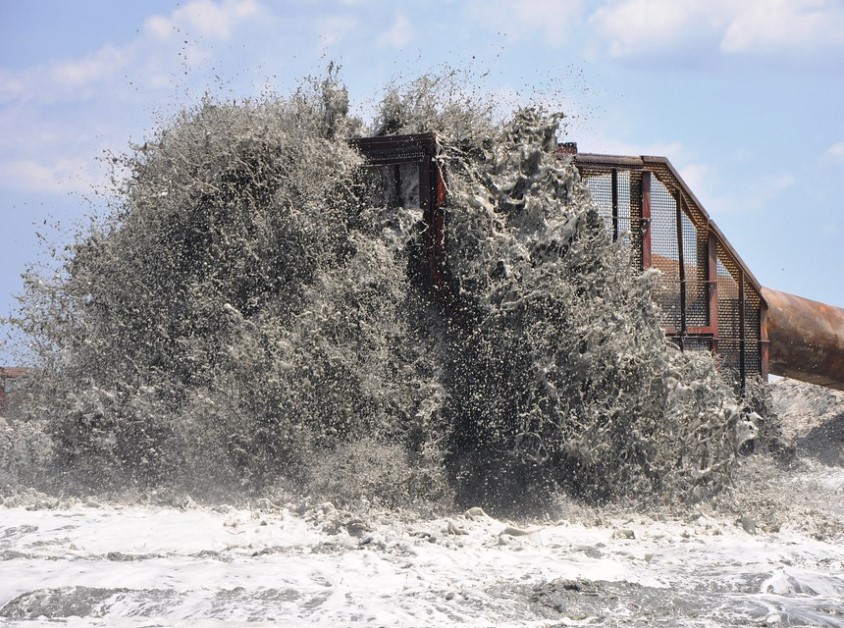