The Port Saint John will receive federal funding in the amount of $68.3 million under the National Infrastructure Component of the New Building Canada Fund for a project to modernize the port’s Westside terminals.

The $205 million project involves improving and consolidating the Rodney and Navy Island terminals to allow the Port to accommodate larger vessels. New operational systems and technology will also be installed to enhance cargo-handling capabilities.

The project covers a 60-acre area: 25 acres will be transformed into container storage, 10 acres into a multipurpose yard, and the rest will be used for terminal access roads, stevedoring operations, trans-loading and cargo-consolidation warehouses, and lay-down areas for break-bulk and project cargoes.

The main channel at the Port will also be deepened from 8.4 to 10 meters as part of the project.

Port Saint John is a year-round, deep water port that handles an average of 28 million tonnes of diverse cargo annually. With global connections to more than 350 ports around the world, Port Saint John is a major facilitator of trade and part of Canada’s Atlantic Gateway to global marine markets. It also harbors cruise ships in the Canada–New England market.

This is the first announcement under the National Infrastructure Component of the New Building Canada Fund in New Brunswick. This component is providing $4 billion in financial support for projects with far-reaching benefits for all Canadians. 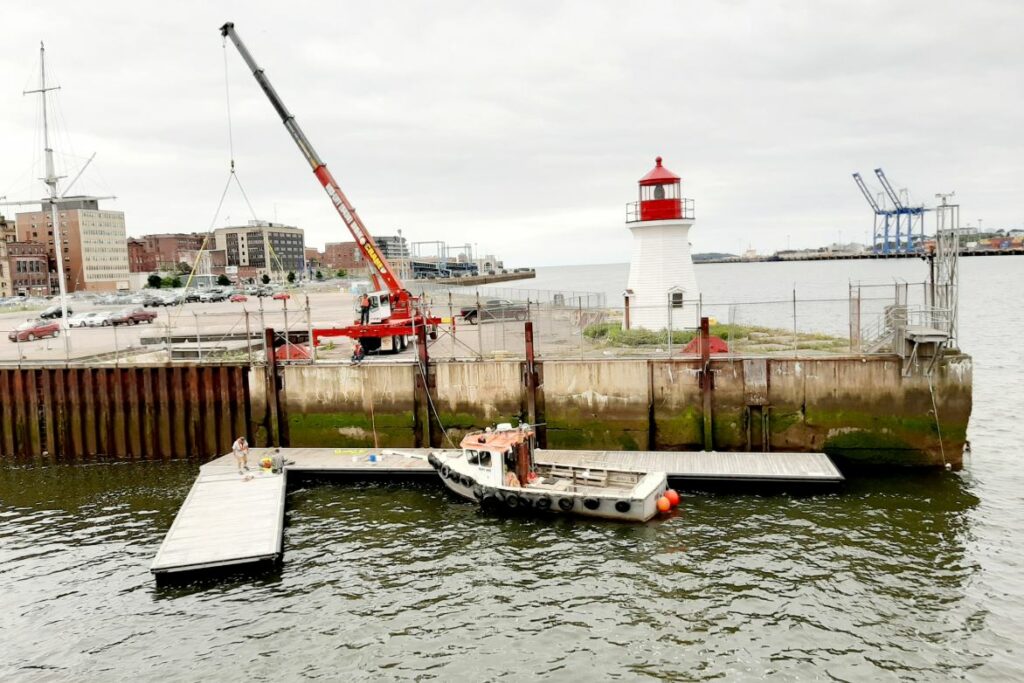