U.S. Navy divers and specially trained handlers removed the first cannon from the Savannah River during the current phase of the recovery of the CSS Georgia ironclad yesterday.

In recent days Navy divers specially trained in recovering unexploded ordnance have been collecting cannonballs from the river for proper handling and conservation. The remaining three cannon will be removed from the river in upcoming days.

Since the cannon could be loaded, the recovery team took special precautions to ensure worker and public safety.

This lifting marks the first day the cannon has been above the river’s surface since the sinking. Plans call for the removal of the ship’s casemates later this summer.

The Navy works closely with the U.S. Army Corps of Engineers to remove the CSS Georgia to make way for the expansion of the Savannah harbor.

The Savannah Harbor Expansion Project (SHEP) will deepen the harbor from 42 feet to 47 feet deep. Two other cannon were removed in 1986 in an operation unrelated to the current harbor deepening. 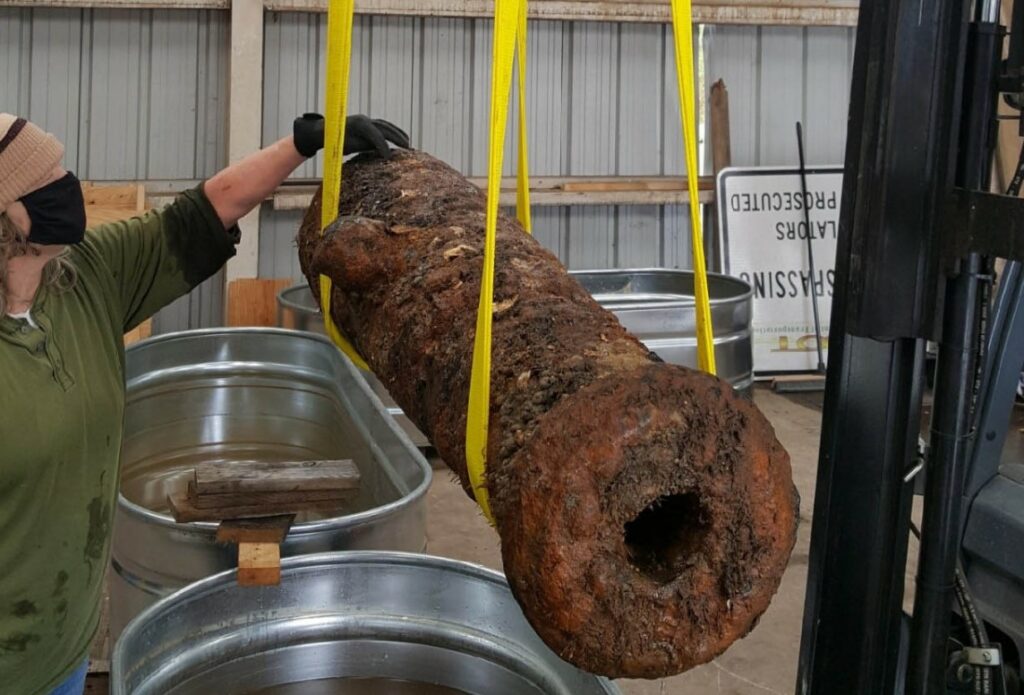